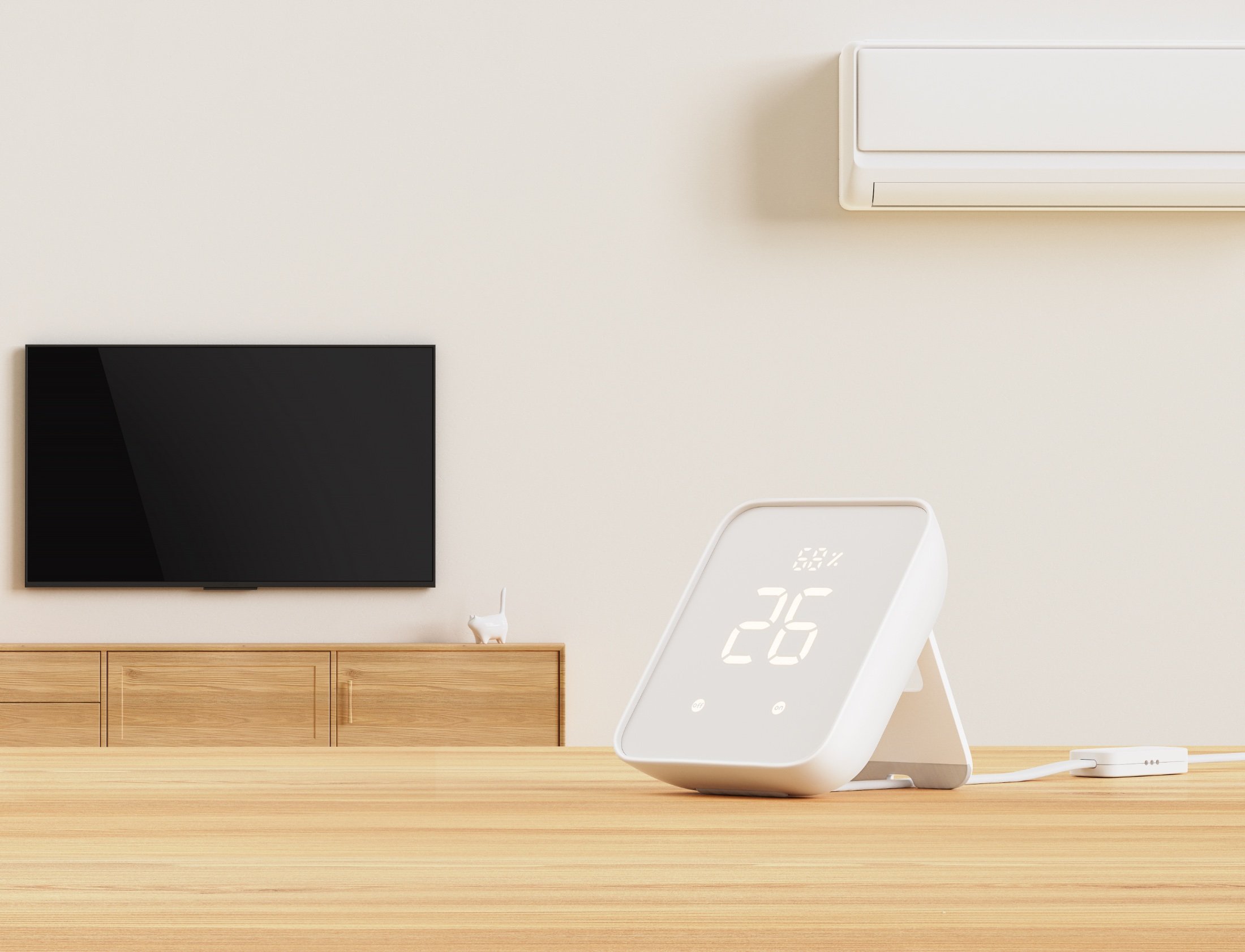 By Ryan Daws | 4th January 2023 | TechForge Media
Categories: Applications, Connectivity, Consumer IoT & Wearables, IoT, Matter, Smart Cities & Homes, Standards & Regulation,
Ryan is a senior editor at TechForge Media with over a decade of experience covering the latest technology and interviewing leading industry figures. He can often be sighted at tech conferences with a strong coffee in one hand and a laptop in the other. If it's geeky, he’s probably into it. Find him on Twitter (@Gadget_Ry) or Mastodon (@gadgetry@techhub.social)

SwitchBot has added support for the Matter smart home standard with its new Hub 2.

Announced at this year’s CES, the Hub 2 is a WiFi-based bridge that enables SwitchBot’s popular Bluetooth devices to work with other ecosystems.

The new hub now features a simple display that shows information such as temperature and humidity in the air. However, those features are secondary to its main function.

With the Hub 2, users of SwitchBot’s devices can use the Matter standard to connect with other compatible products for smarter homes.

The Connectivity Standards Alliance (CSA) officially launched Matter in October 2022 with the aim of finally delivering on the promise of the smart home by breaking down ecosystem barriers.

“What started as a mission to unravel the complexities of connectivity has resulted in Matter, a single, global IP-based protocol that will fundamentally change the IoT,” said Tobin Richardson, President and CEO of the CSA, at the time.

“This release is the first step on a journey our community and the industry are taking to make the IoT more simple, secure, and valuable no matter who you are or where you live. With global support from companies large and small, today’s Matter 1.0 release is more than a milestone for our organisation and our members; it is a celebration of what is possible.”

SwitchBot’s support for Matter will enable its devices like Curtain and Lock to work with products from other supporting brands. SwitchBot’s devices will also be controllable using existing smart home platforms like Google Home and Apple HomeKit.

Further down the line, SwitchBot plans to convert its existing WiFi-based products like the Plug Mini to support Matter without the need for the Hub 2.

SwitchBot says the Hub 2 will be available “later this year”.