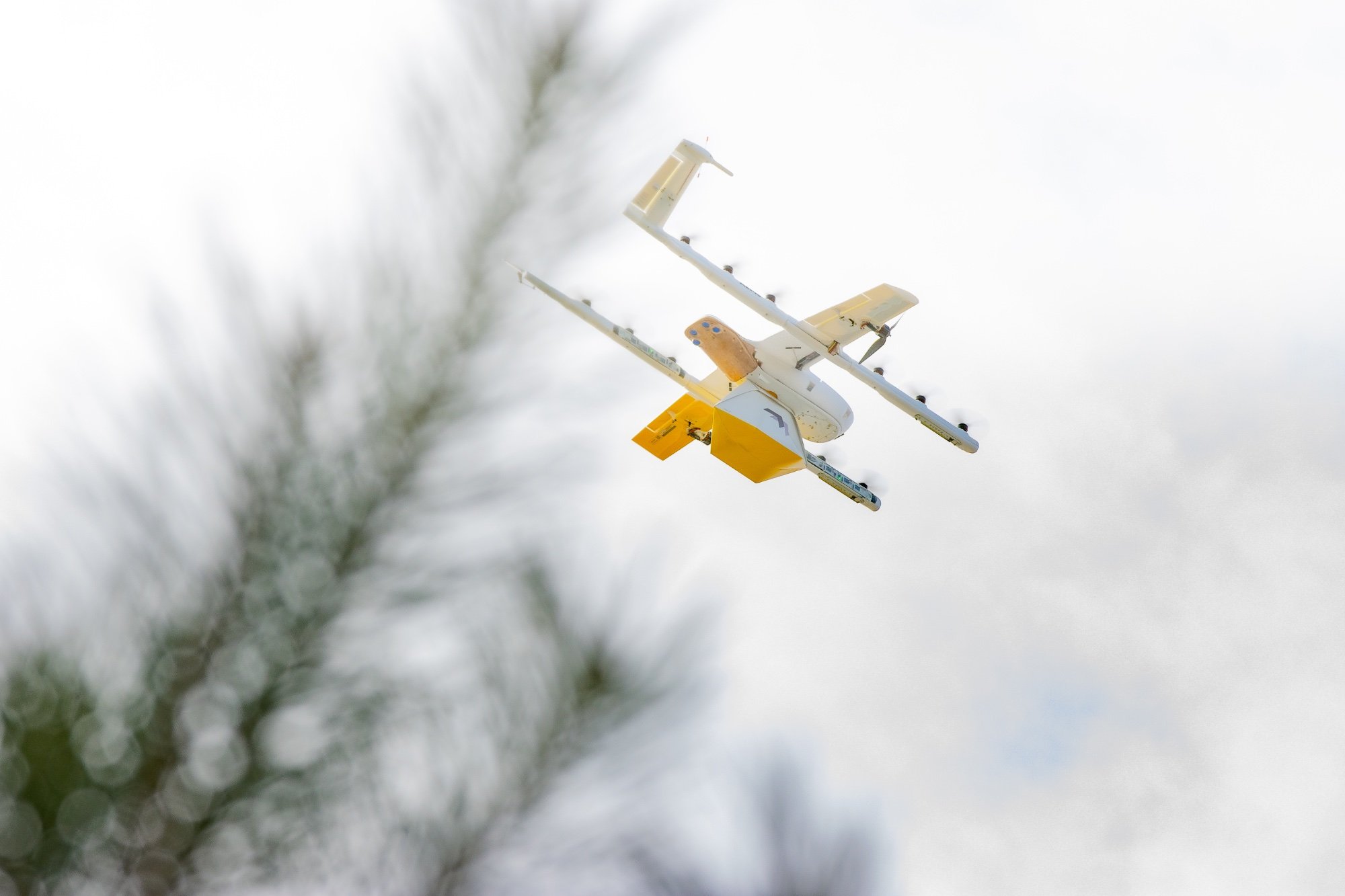 By Ryan Daws | 21st October 2022 | TechForge Media
Categories: Connected Vehicles, Drones, IoT,
Ryan is a senior editor at TechForge Media with over a decade of experience covering the latest technology and interviewing leading industry figures. He can often be sighted at tech conferences with a strong coffee in one hand and a laptop in the other. If it's geeky, he’s probably into it. Find him on Twitter: @Gadget_Ry

Alphabet-subsidiary Wing is flying to Ireland for the next expansion of its drone delivery services.

The company’s autonomous delivery drones pack computer vision for situational awareness and onboard flight planning and navigation systems. The drones have the ability to self-diagnose errors and respond to delivery requests on demand.

Wing currently operates pilot programs in Australia, Finland, and the US. In the coming weeks, Wing will add Lusk – a small town 20km north of Dublin – to its pilot communities.

“Ireland has been a welcome home for drone technology in Europe and a great incubator for future innovations,” explained Wing in a blog post.

“The goal of this program is to expand our European operations into Ireland, gain experience operating there, and begin the process of learning from the local community about the types of drone delivery services that would bring them the most value.”

Wing says its pilot deployment in Lusk will be a small first step and so it will look different from the commercial services it now operates in other locations. The company says it chose Ireland because of the Irish Aviation Authority’s experience and the welcoming approach of Irish communities to innovative technologies.

On 27 October, Wing will hold a public meeting at Lusk Community Cultural Centre. The meeting will run from 4-8pm and give the community a chance to learn more, ask questions, and see the drones up close.

Wing completed its 300,000th delivery earlier this month, an impressive feat considering the company only completed its first real-world deliveries in 2014. The company believes its drones will speed up deliveries and help to reduce traffic congestion and pollution.

However, Wing hasn’t had a completely smooth rollout. Residents in served communities have complained of drones buzzing around their neighbourhoods, which led to Wing designing a quieter model. Last month, a Wing drone landed on power lines in a Brisbane neighbourhood and took out the electricity supply for a number of residents.

The community outreach in Lusk appears to be an effort to show that Wing is listening and looking to address concerns.