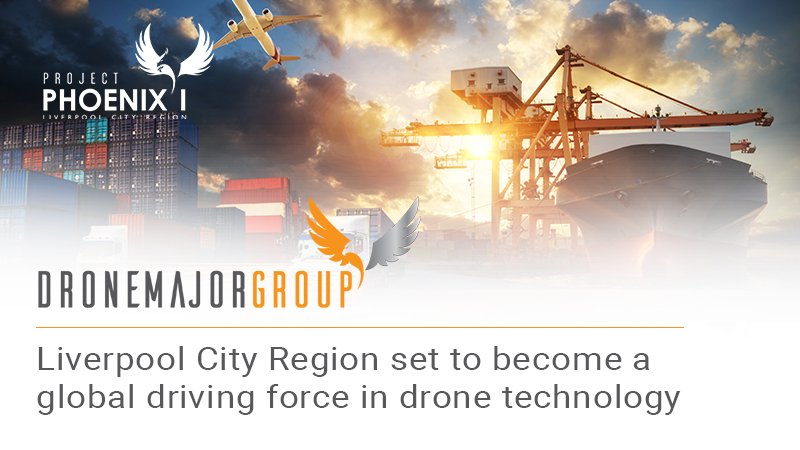 By Ryan Daws | 26th March 2021 | TechForge Media
Categories: IoT, Smart Cities & Homes,
Ryan is a senior editor at TechForge Media with over a decade of experience covering the latest technology and interviewing leading industry figures. He can often be sighted at tech conferences with a strong coffee in one hand and a laptop in the other. If it's geeky, he’s probably into it. Find him on Twitter: @Gadget_Ry

Liverpool is set to become a global leader in drones following the launch of a unique test and development area.

The project, a collaboration between the Liverpool City Region Combined Authority (LCRCA) and the Drone Major Group, is called Phoenix I and represents the first part of a larger initiative of interconnected projects designed to establish Liverpool as a leader in drones.

“The Liverpool City Region is a digital powerhouse. We have the world-class infrastructure, expertise and ambition to be leaders of the Fourth Industrial Revolution. It’s fantastic to see the Drone Major Group recognising that by choosing to open their test and development area here.

This project will deliver new jobs and investment and will attract people to our area not just to work but to study too, knowing that we are working on cutting edge and exciting projects such as this, as well as ambitious plans in everything from digital infrastructure and tidal power.”

The experience of the aforementioned stakeholders will help to unlock the full potential of drones across industries and working in all environments such as air, space, and underwater.

“Drones represent an unprecedented growth opportunity across a huge number of global industries. Liverpool City Region has clearly demonstrated its commendable intent to adopt a sustainable and commercially viable drone technology system for the City, ahead of the curve, which sets an example to all.

The potential for this unique collaborative initiative is vast. It enables cities, regions, and industries to achieve their potential and will create an overwhelmingly positive impact on UK – and, indeed, world – economic growth through enhanced commerce, employment, skills, education, and decarbonisation.”

Operational capabilities for drones are set to be developed in the fields of urban logistics, the environment, security, maritime logistics, port & maritime, and the wider community.

As of writing, there are 10 interconnected projects as part of the Phoenix I initiative.