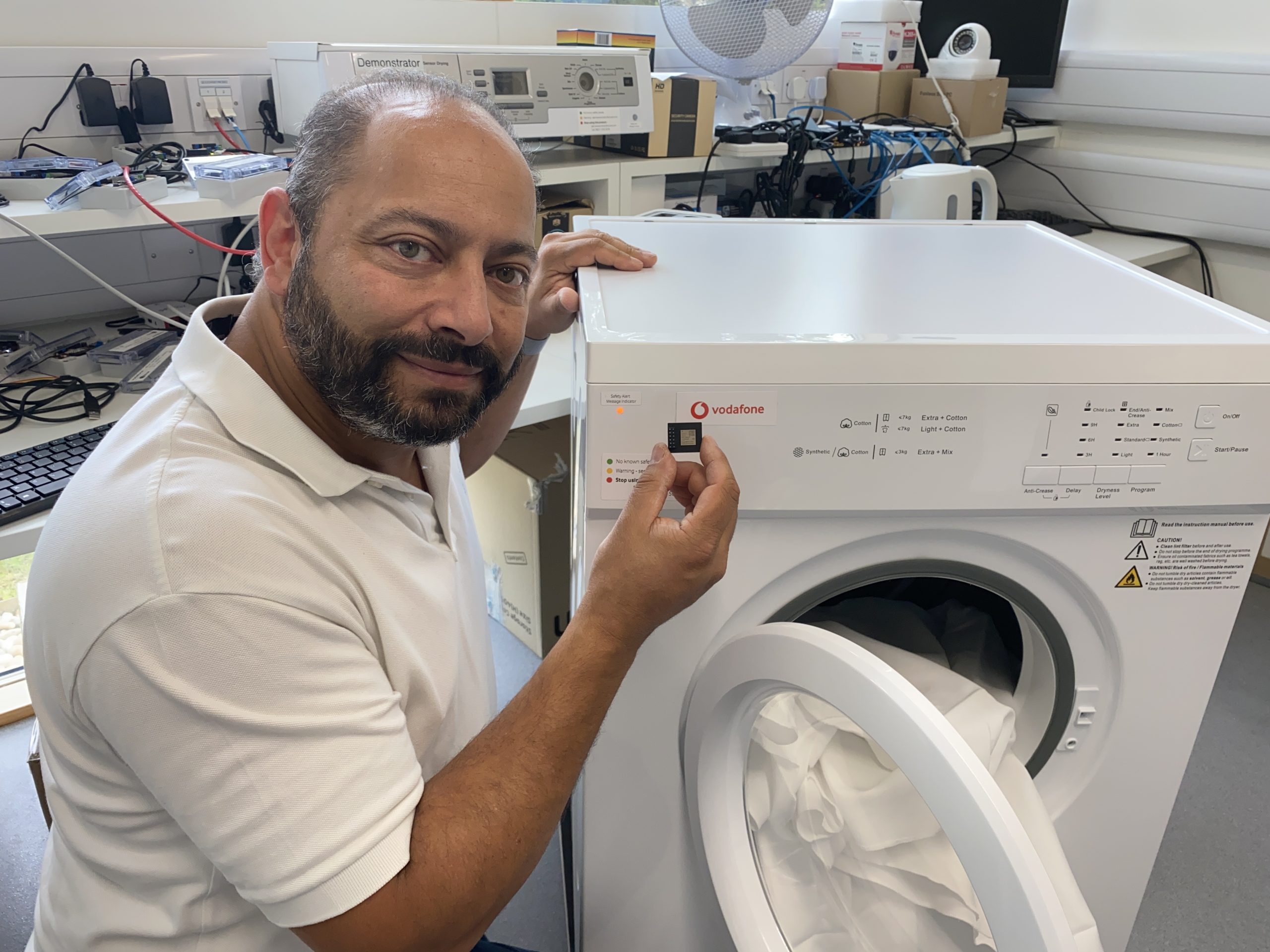 By Ryan Daws | 24th September 2020 | TechForge Media
Categories: IoT,
Ryan is a senior editor at TechForge Media with over a decade of experience covering the latest technology and interviewing leading industry figures. He can often be sighted at tech conferences with a strong coffee in one hand and a laptop in the other. If it's geeky, he’s probably into it. Find him on Twitter: @Gadget_Ry

Vodafone has unveiled a smart new recall system which leverages the IoT to ensure customers are kept informed and safe.

A small electronic device module – around the size of a SIM card – is installed in an appliance to link it to Vodafone’s network.

Consumers are given the peace-of-mind that, if any fault is discovered affecting their appliance, an LED on the device will alert them.

Recalls today can be a nightmare, especially since consumers don’t always give their details to a manufacturer when they purchase a product (unless signing up for things such as extended warranties.)

Manufacturers often have to rely on posting recall notices in shops or via news outlets to alert customers. A large percentage of potentially dangerous products can therefore fail to be recalled.

According to Consumer Reports, almost 70 percent of Americans said that they had not heard about a recall in the past five years for any product they own—despite millions of products being recalled each year.

“Our technology is already allowing manufacturers to let consumers control home appliances when they are out and about.

Now we have the potential to help manufacturers stay connected to their products in the field, enabling them to manage more effectively both servicing and safety recalls.

Vodafone’s system goes a step further in allowing manufacturers to remotely disable a customer’s appliance if it poses an imminent risk of something like catching fire.

“The initial feedback from fire brigades for our system in development has been positive and we are now looking to work with manufacturers to make the IoT Safety Alert Message Indicator a reality,” continued Wibergh.

“This is especially important at a time when the number of electronic appliances per household is predicted to increase and we spend more time at home.”

Vodafone says it now has over 100 million connections as part of its global IoT network, making it the world’s largest platform of its kind.