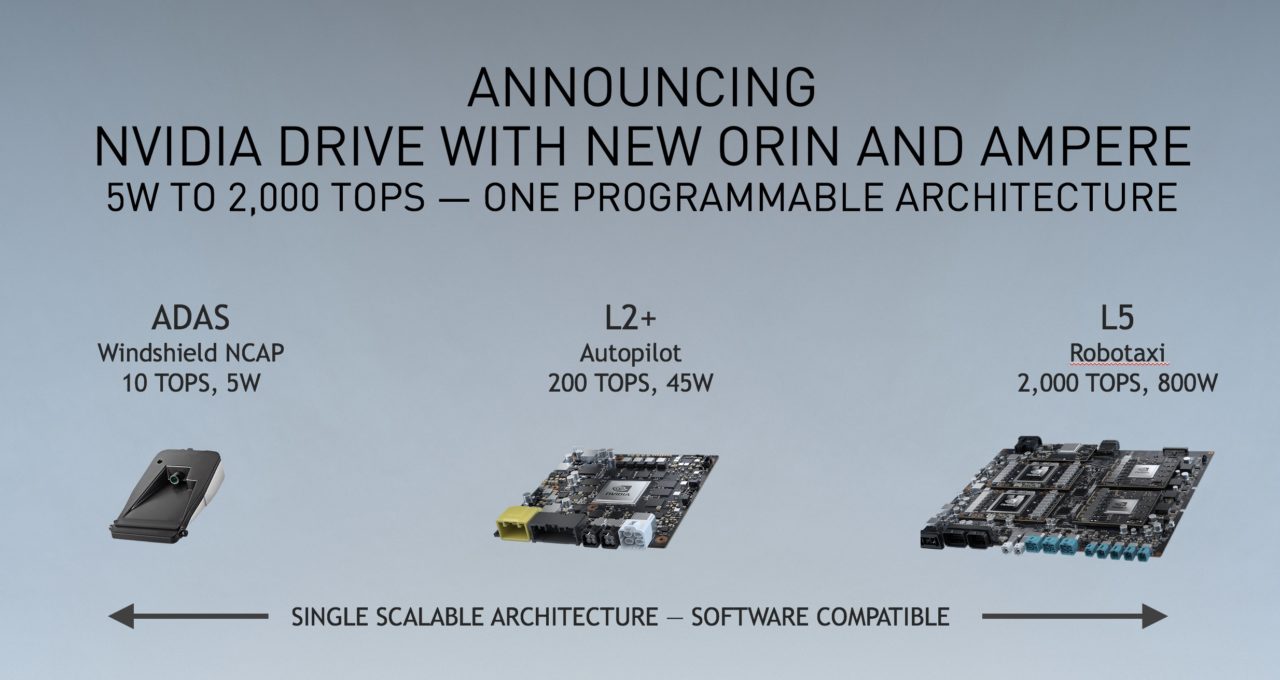 By Ryan Daws | 15th May 2020 | TechForge Media
Categories: AI, Connected Vehicles, IoT, TECHEX,
Ryan is a senior editor at TechForge Media with over a decade of experience covering the latest technology and interviewing leading industry figures. He can often be sighted at tech conferences with a strong coffee in one hand and a laptop in the other. If it's geeky, he’s probably into it. Find him on Twitter (@Gadget_Ry) or Mastodon (@gadgetry@techhub.social)

NVIDIA is shifting its autonomous car platform DRIVE over to its brand new Ampere architecture.

The capabilities of DRIVE are expanding significantly. DRIVE is no longer just an entry-level ADAS (Advanced driver-assistance systems) solution and can now support complete Level 5 autonomous driving like robotaxis.

DRIVE will now use NVIDIA’s Ampere GPUs which promise to be “the company’s largest leap in performance to date within its eight generations of GPUs,” and claim to boost AI performance by up to 20x. The first GPU based on the Ampere architecture, the A100, was announced during this week’s virtual GTC event.

“NVIDIA A100 GPU is a 20x AI performance leap and an end-to-end machine learning accelerator — from data analytics to training to inference. For the first time, scale-up and scale-out workloads can be accelerated on one platform.”