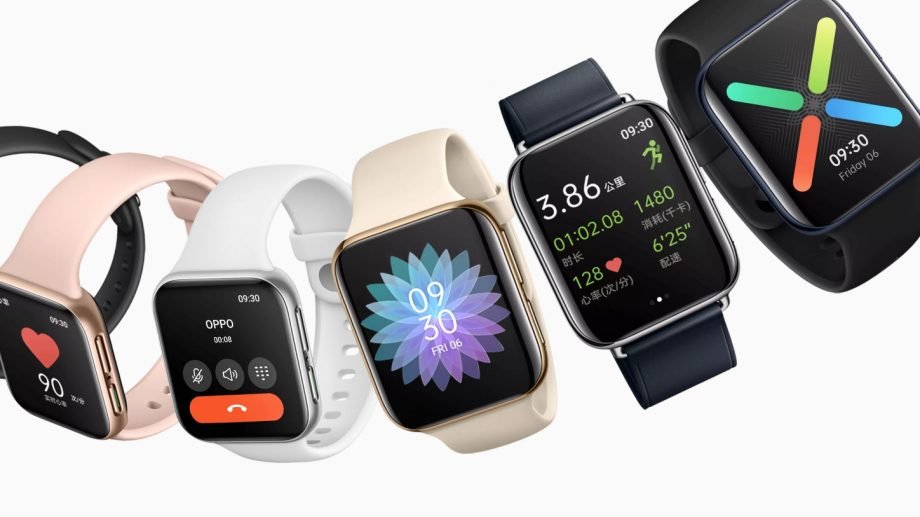 By Ryan Daws | 24th July 2020 | TechForge Media
Categories: Consumer IoT & Wearables,
Ryan is a senior editor at TechForge Media with over a decade of experience covering the latest technology and interviewing leading industry figures. He can often be sighted at tech conferences with a strong coffee in one hand and a laptop in the other. If it's geeky, he’s probably into it. Find him on Twitter: @Gadget_Ry

WearOS may need to wait a bit longer for the spark it needs, with Oppo’s upcoming smartwatch appearing to miss a big opportunity..

Oppo has announced that it will debut a WearOS smartwatch on July 31st. The new watch could’ve been the first to market packing the Snapdragon Wear 4100.

The 4100 also jumps to a 12nm process which Qualcomm says will provide around 25 percent battery life.

Sluggish performance and poor battery life are two of the main criticisms of WearOS devices. The Wear 4100 should fix both concerns, and Oppo could’ve led the pack.

Oppo launched its smartwatch in China back in March with a design that’s almost identical to the Apple Watch. The design is unique among recent WearOS devices which tend to follow more traditional watch styles.

The watch Oppo launched in March packed a disappointing Wear 2100 chip, not even a 3100. At that point, the 4100 had not been announced.

We know for its global launch Oppo is making changes. The OS, for one, is using WearOS instead of Oppo’s own ColorOS (which is based on Android, but isn’t actually WearOS.) The ECG in the Chinese version may also not make it to the global counterpart, or only in certain countries, due to certification being required by national health regulators.

Concerningly, the FCC filing for the global version of Oppo’s smartwatch looks almost identical to the Chinese version in terms of hardware. Here’s a screenshot of some specs from the manual:

We’ll have to wait for a more detailed spec sheet to be released, but it seems foolish if Oppo passed on the opportunity to use the Wear 4100. Launching a flagship smartwatch with a two generations old chip feels like a recipe for disaster.

Qualcomm is confident Wear 4100 smartwatches will be on shelves this year, so – if Oppo hasn’t delivered – we may have to wait for another manufacturer like Mobvoi to give WearOS the spark it needs.