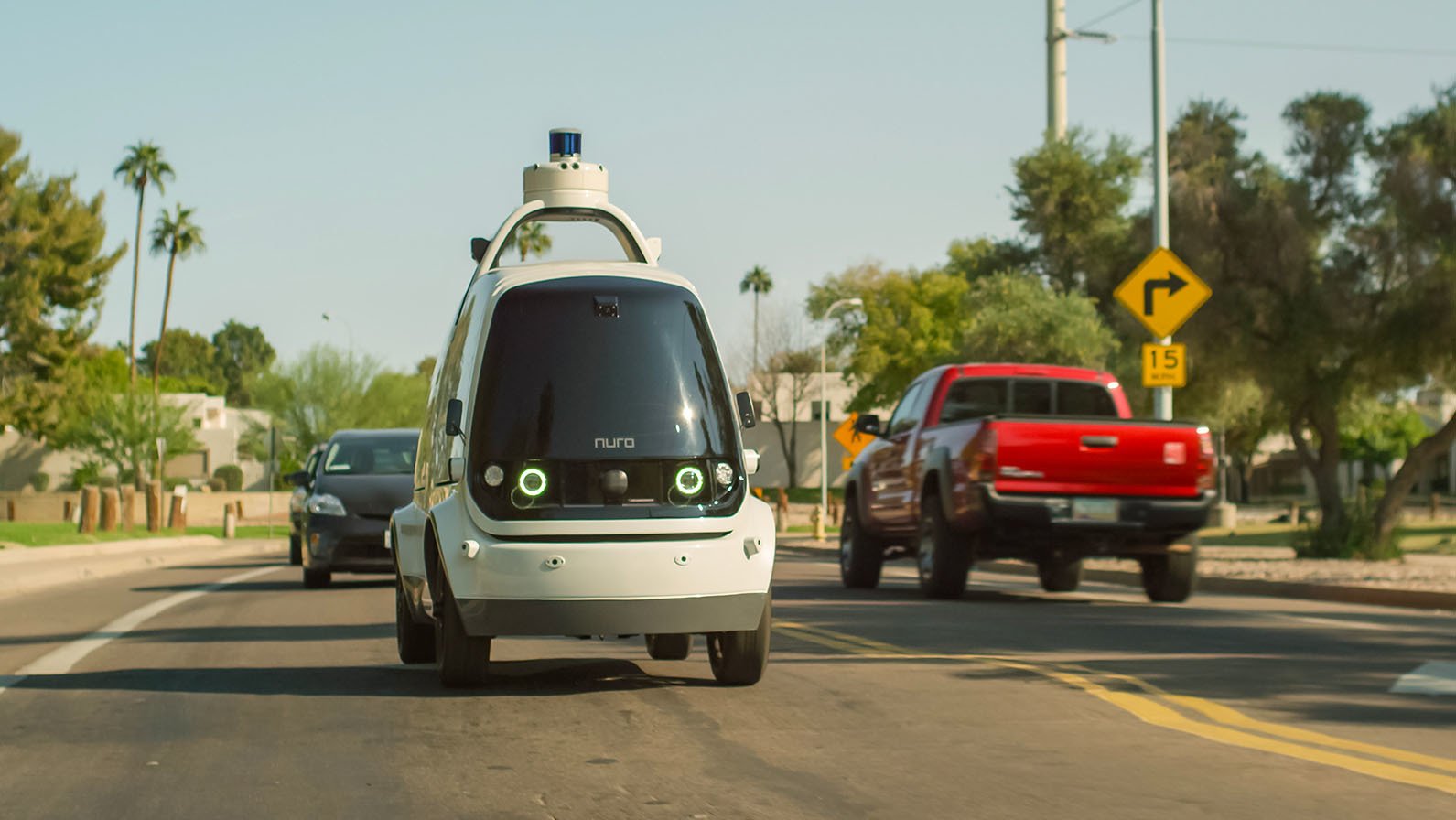 By Ryan Daws | 24th December 2020 | TechForge Media
Categories: Connected Vehicles, Fleet Management, IoT, Smart Cities & Homes,
Ryan is a senior editor at TechForge Media with over a decade of experience covering the latest technology and interviewing leading industry figures. He can often be sighted at tech conferences with a strong coffee in one hand and a laptop in the other. If it's geeky, he’s probably into it. Find him on Twitter (@Gadget_Ry) or Mastodon (@gadgetry@techhub.social)

The permit allows Nuro to operate its autonomous vehicles commercially on the roads of two counties near the company’s Bay Area headquarters.

Nuro says it will soon announce its first commercial deployment with an “established” partner. The company’s fleet of Prius cars will kick-off the deployment but will later be joined by Nuro’s own electric R2 vehicles.

Nuro’s R2 vehicles are designed for carrying goods rather than people and therefore prioritise ensuring the safety of other road users rather than occupants.

The production of R2 vehicles is being handled by car manufacturer Roush and features a large cabin space in addition to temperature controls. The autonomous cars are equipped with LiDAR technology and can also identify the sirens of emergency vehicles.

“Since California adopted one of the first autonomous vehicle laws in the country in 2012, the DMV has steadily crafted a regulatory framework that last year included small delivery vehicles like Nuro’s,” wrote Nuro chief legal and policy officer David Estrada in a blog post.

“This framework set up a three-stage permitting process for companies to move from testing with a safety driver, to driverless testing, and now finally, to commercial deployment.”

Deliveries of consumer goods will initially be the focus. Helping the elderly, for example, receive their daily necessities. Longer-term we might see these vehicles helping to deliver more critical supplies like blood or medicines.

We could get away with ourselves with such long-term potential applications so it’s probably best to stick with the here and now—after all, it’s been an eventful enough year for Nuro.

In February, Nuro was granted an exception to deploy its autonomous vehicles on public streets before receiving a full test permit in April.

Nuro’s tests of its driverless R2 vehicles had one of those nostalgic cars you have to actually drive following it for monitoring purposes, until a couple of months back. In October, Nuro began testing R2 cars in three states without any chase cars.

The permit awarded this week means Nuro can now start offering its services commercially in California for a profit. It’s a pretty landmark moment for the industry as a whole.