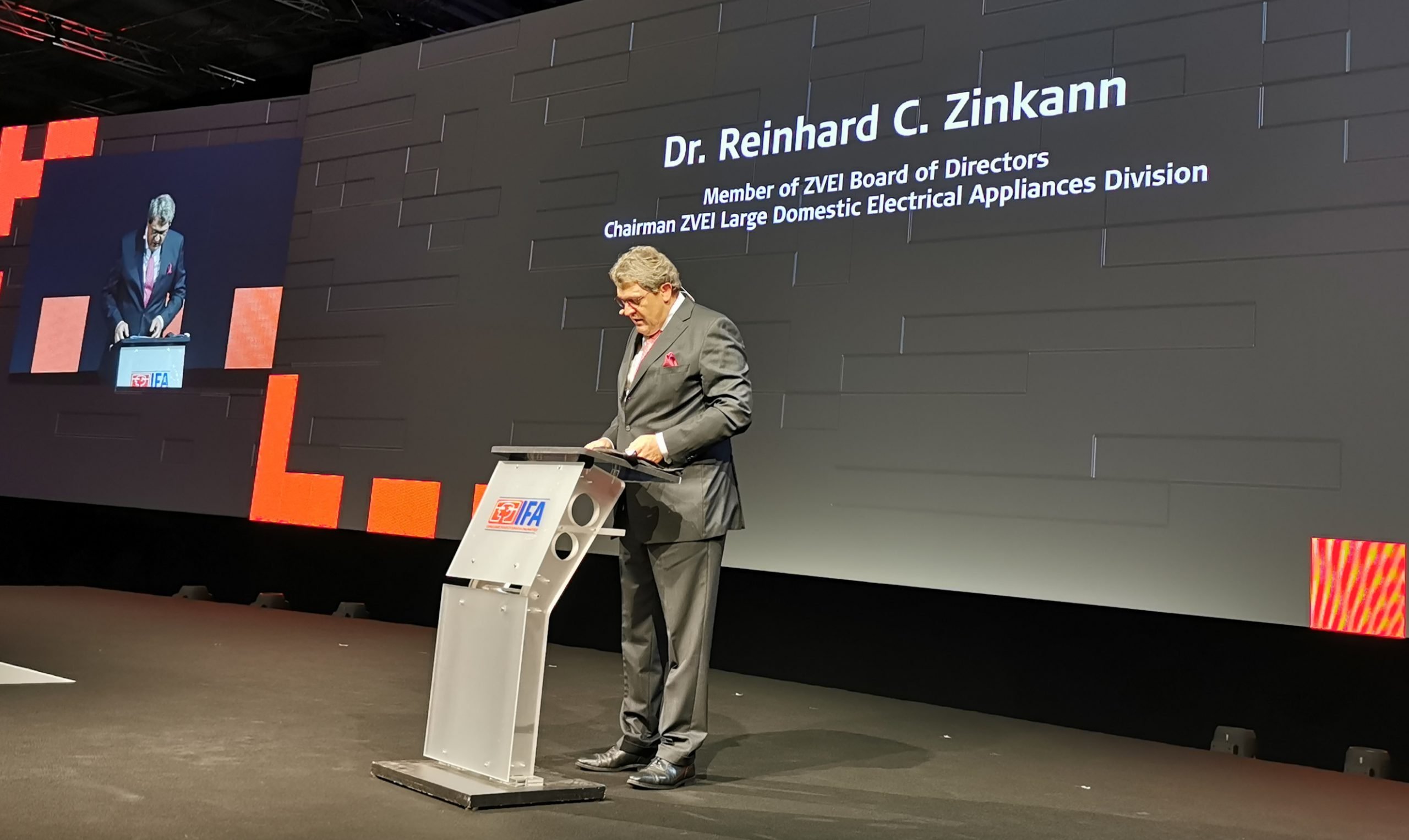 By Ryan Daws | 5th September 2019 | TechForge Media
Categories: IoT,
Ryan is a senior editor at TechForge Media with over a decade of experience covering the latest technology and interviewing leading industry figures. He can often be sighted at tech conferences with a strong coffee in one hand and a laptop in the other. If it's geeky, he’s probably into it. Find him on Twitter: @Gadget_Ry

IoT devices are showing resilience against a consumer market slowdown, but global uncertainties such as the US-China trade war pose a threat to growth and innovation.

During this year’s IFA keynote, we received an update on the consumer market from several industry figures. As you’d expect, IoT devices were mentioned specifically throughout the keynote.

First on-stage was Hans-Joachim Kamp, chairman of the supervisory board at gfu consumer & home electronics.

gfu updates the media and public about trends and developments in consumer and home electronics. Kamp presented several figures about the current state of the overall industry, and it’s not a great outlook.

In 2017, the market was growing at 7.2 percent. Last year, the market grew at 3.6 percent. This year, the global market for technical consumer goods has stagnated with zero percent growth. 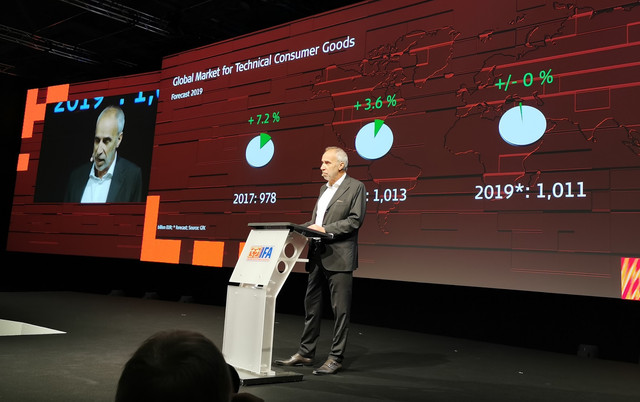 “Overall, the market seems to be stable despite critical factors like trade wars, Brexit, and economic downturns in several countries,” states Kamp. “However, it is impossible to foresee how these factors will influence the markets and your future.”

While the outlook for the consumer devices market doesn’t inspire much confidence, those operating in the IoT space have a bit more to be cheery about.

Dr Reinhard C. Zinkann, member of ZVEI’s board of directors, was next on stage to deliver a more upbeat message, but he also first acknowledges the uncertain economic environment.

“Last year’s economic conditions in many regions were not easy, and unfortunately there are still a number of political developments that do not exactly foster consumer confidence,” says Zinkann. 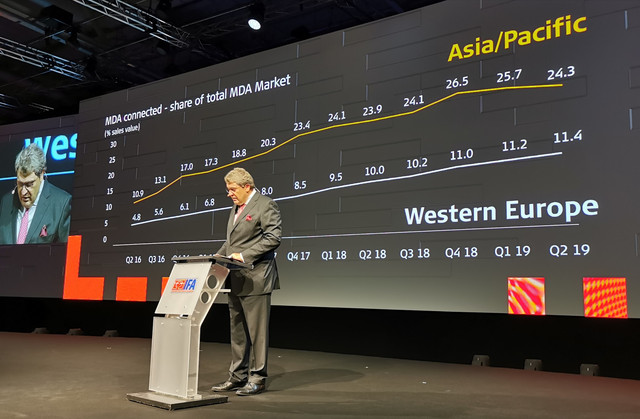 Robot vacuums were singled out by Zinkann as one area of considerable growth for a MDA.

While the most growth (27%) is currently in rechargeable ‘handstick’ vacuums, robot vacuums are in second place with 18 percent. 72 percent of the robot vacuums feature “smart” technology, while 80 percent of those can be controlled by an app.

Finally, Dr Christian Goke, CEO of Messe Berlin, took the stage to make some closing remarks about his perspective on the global uncertainties.

“Look, I’m certainly not going to take sides — and I will not be the judge of what’s fair or unfair — what interests me here and now is what’s the impact on technology and innovation.”

Goke requests the audience take out their phones and consider where it was made. “China, maybe? But is it really a Chinese phone?” he asks. “Regardless of the brand, the answer will not be clear cut.”

“The screen is maybe made in Korea, the microprocessor probably designed in the UK, the chipset could be American,” explains Goke. “Any of the other parts could be manufactured somewhere in Europe, Japan, Singapore…”

Goke goes on to say how any trade war will not just hit the country where a device has been assembled, but it will also hit consumers with the costs from tariffs and reduced innovation.

“The more trade barriers and political barriers, the more innovators will find it difficult to cooperate,” highlights Goke. “We would see innovation that is less dynamic and that could be harmful for us all.”

Goke tells the audience that, during Albert Einstein’s own keynote in 1930, Einstein spoke of the power of innovation and technology to build a better world.

“He would call on the best and brightest minds in the world, whoever they are, and wherever they live, whichever country they call their home… to prove their knowledge, and co-innovate to create a better world. To make a real difference for as many people as possible.”