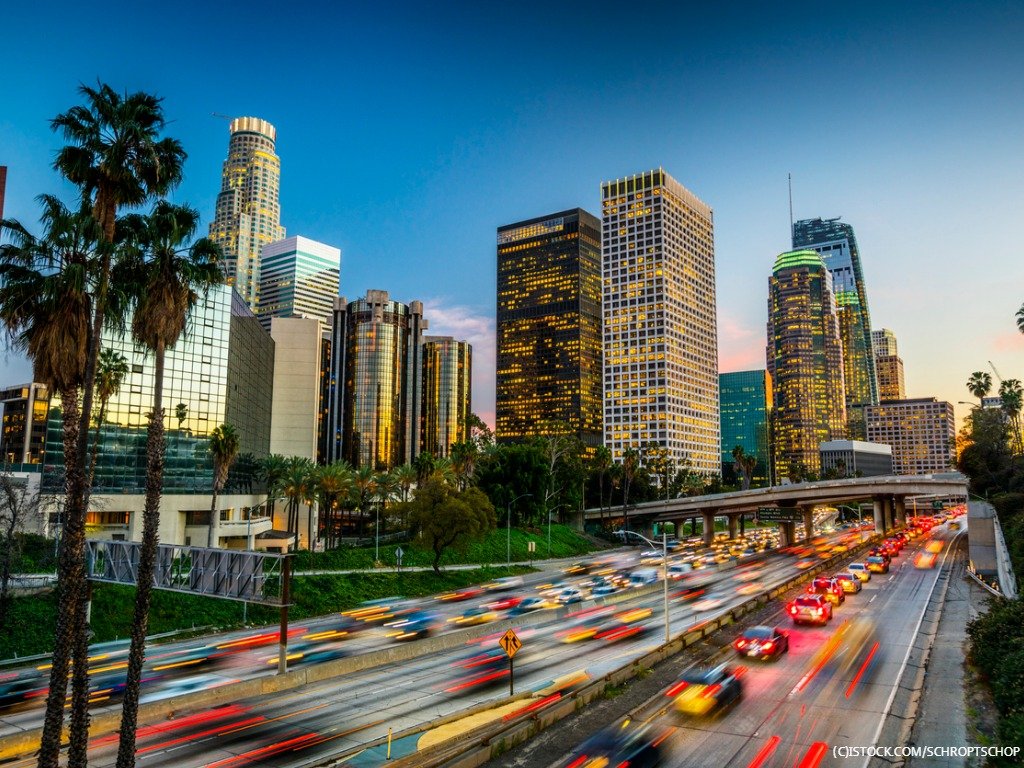 By James Bourne | 5th March 2019 | TechForge Media http://www.cloudcomputing-news.net/
Categories: Connected Vehicles, IoT, Smart Cities & Homes, Standards & Regulation,
James is editor in chief of TechForge Media, with a passion for how technologies influence business and several Mobile World Congress events under his belt. James has interviewed a variety of leading figures in his career, from former Mafia boss Michael Franzese, to Steve Wozniak, and Jean Michel Jarre. James can be found tweeting at @James_T_Bourne.

MWC19 “Whatever the problem is that you’re trying to solve in Los Angeles, you can probably solve it in a lot of cities,” explains Seleta Reynolds, general manager at the LA Department of Transportation (LADOT). At least in the United States, anyway.

“[US cities] are all very car-dependent, they have spotty public transit networks, they have relatively low densities compared to a lot of cities in Europe,” adds Reynolds. “So if you’re able to do something innovative that works in Los Angeles that lowers congestion, increases safety, or improves access to opportunities through transportation, you can probably take that same solution and it’ll work in a whole load of other places.” 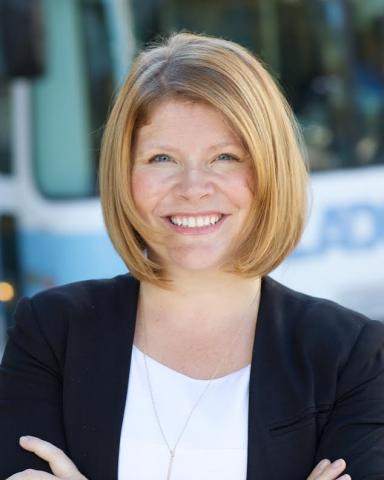 Reynolds (left) and her executive team have certainly been busy of late. Among the initiatives currently offered by LADOT are a subsidised electric car sharing program for low income areas, called Blue LA, automated traffic surveillance and control systems, and piloting a ‘micro transit’ service similar to pooled ride hailing.

The key, Reynolds tells IoT News, is that LA is a “city of cities”. From the bustling Koreatown in the centre, to the near-rural Sunland-Tujunga in the north, there is a wide range of terrain available. For someone who had never lived in the city prior to taking over – Reynolds has previously served across California at Oakland and San Francisco, as well as just up the coast in Seattle – it was a tough challenge getting to grips with the vastness. Tough, but not impossible.

“I think the best way to learn about any city is on foot, but when I looked at LA I thought ‘how am I going to do that here?’” Reynolds says, laughing. “I just broke it down into bitesize parts and I found a couple of folks who knew really interesting things about the city.

“Once a month we would pick a neighbourhood and go for a walk, spend four to five hours doing it,” she adds. “I wanted to make sure that I really understood as much as I could about my new hometown. Some of those walks, like Hollywood, there’s something interesting on every block. Other walks, there’ll be long distances without anything but then there will be something that surprises you.”

The theme of collaboration is a constant one. It needs to be in order for the utopian visions of smart cities to become truly viable; transportation can be seen as just one part of it. Invariably, this requires deeper thinking and wider-ranging conversations. The whole make-up of a city will have to change. LADOT is working closely with the Department of City Planning to, as Reynolds notes, ‘rewrite the rule book for how we approve new land use development.’ “Instead of saying you have to widen the street because you’re adding more cars, we’re saying now you have to provide other choices for people to get around,” she explains.

We have to think really deeply. We can’t just say ‘okay, it’s going to cost money if you want to drive yourself’ – you’ve got to give people good choices on top of it

Getting the technology to work is therefore one of the easier parts in a very long process. “What’s really interesting is that in Los Angeles for the first time, in the last six months or so, there has actually been a genuine conversation around how we begin to think about transportation infrastructure in the same way we think about other forms of public infrastructure,” says Reynolds. If water and power can be delivered on a per-usage basis, why can’t transportation?

For now, several reasons as it transpires. Not only do many users not want to give up the independence that driving entails – various research from the University of Michigan Transportation Research Institute (UMTRI) has noticed this – there are simple practicalities with it. “People like having their cars because it’s a mobile locker,” admits Reynolds.

What’s more, public transport is spectacularly inefficient for trips which aim to kill several birds with one stone. “[Women] do a lot more of what we call ‘trip-chaining.’ Instead of just going from home to work, they’ll drop off the kids at school, pick up medication, stop by the store,” says Reynolds. “We just don’t have transportation options that aren’t your car that work for those.”

Reynolds notes that Phil Washington, CEO of the LA Metro, has ‘initiated [the] conversation’ – but there is plenty of goodwill still required to counteract current thinking. “In Los Angeles we’re really good at voting for the greater good – we voted to tax ourselves to build out the subway and rail system over the next few decades, we voted to tax ourselves to create new housing options for people who are temporarily without homes – but when it comes to actually putting in a new transit one lane down from [where we live], it feels much more personal,” says Reynolds.

NIMBYism remains alive and well. Reynolds prefers the acronym BANANA – ‘build absolutely nothing anywhere near anything.’ It’s facetious, yes – but also a challenge. Yet Reynolds notes it’s a two-way process. “We have to really think deeply,” she says. “If we’re going to try and rebalance things a little bit, we can’t just say ‘okay, it’s going to cost you money if you want to drive yourself.’ You’ve got to give people really good choices on top of it.”

The future for LADOT is therefore one which will involve plenty of hard work, initiative and hopefully transformation – not to mention a few difficult conversations along the way. But it will get easier – if other parties are willing to join in. Part of Reynolds’ appearance at MWC was to draw attention to the Mobility Data Specification (MDS), a data standard for mobility as a service providers (GitHub repository here) and to call for a coalition of leading cities around the world to adopt it and move forward together.

The combination of cities, industry consortia, and tech companies is a potentially heady mix. “It takes time,” says Reynolds. “You have to take time away from operating your organisation to tap into those networks. But the return on that investment is pretty amazing.”