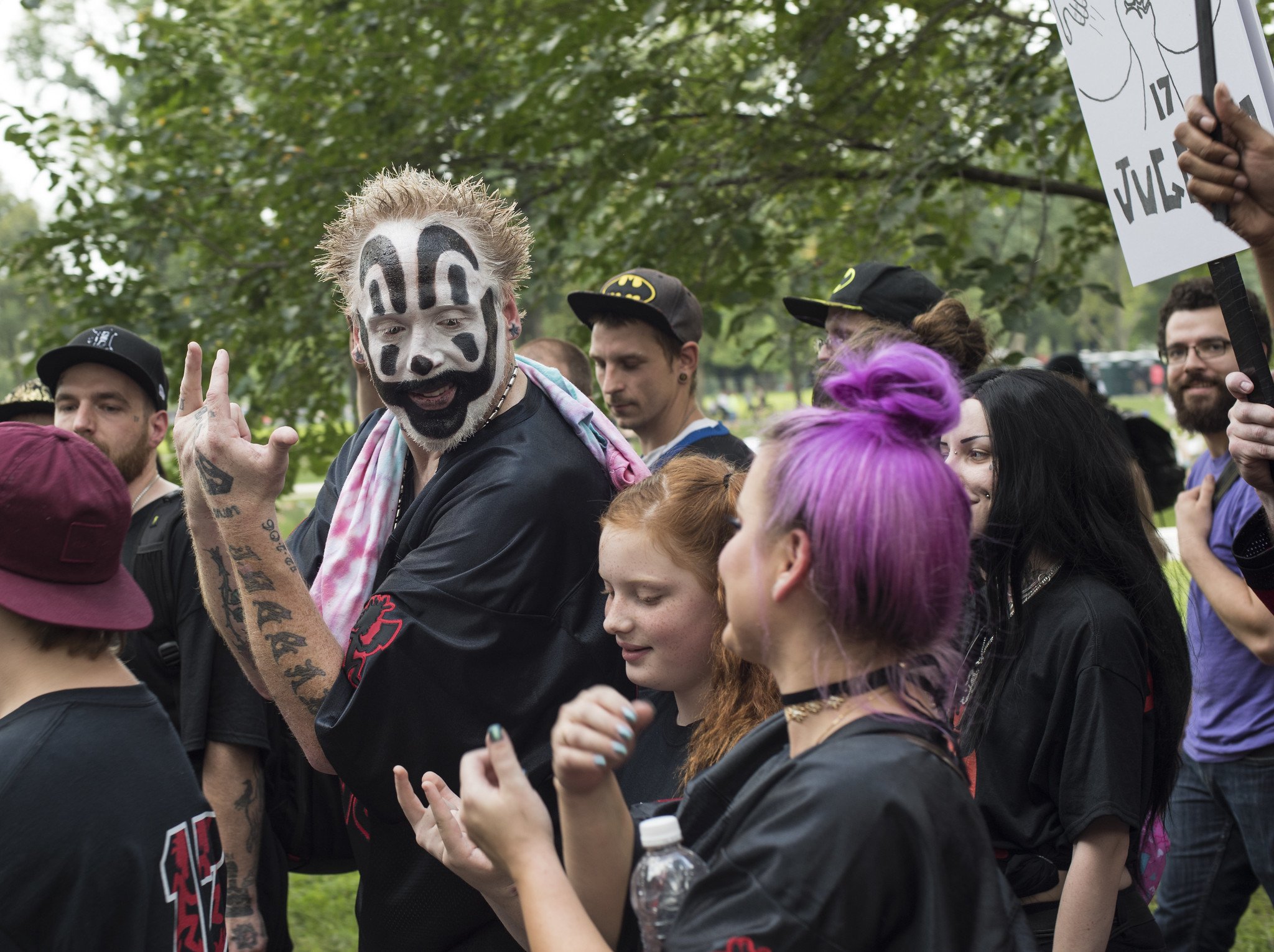 By Ryan Daws | 9th July 2019 | TechForge Media
Categories: AI, Smart Cities & Homes,
Ryan is a senior editor at TechForge Media with over a decade of experience covering the latest technology and interviewing leading industry figures. He can often be sighted at tech conferences with a strong coffee in one hand and a laptop in the other. If it's geeky, he’s probably into it. Find him on Twitter: @Gadget_Ry

Juggalo makeup, worn by fans of hip hop duo Insane Clown Posse (ICP), has been found to be a particularly effective way of blocking facial recognition.

Ticketmaster and Live Nation invested in a military-grade facial recognition company last year. Concertgoers who are concerned about such technology may want to consider becoming a Juggalo/Juggalette.

Twitter user (@tahkion) describes himself as a ‘Prominent Security Juggalo’ and found the black-on-white facepaint tricks most facial recognition technologies.

The majority of facial recognition systems work by detecting areas of an individual’s face such as their jawline. Because of the black bands used for Juggalo makeup redefines facial features, these areas are misread by the system.

Before Juggalos say their famous "whoop whoop," not all facial recognition systems are fooled by the makeup. Those which use depth sensors, like Apple’s Face ID, would require full masks which alter the actual depth of facial features.

Juggalo makeup is also one way to draw attention to yourself, especially given the FBI has classified Juggalos as a “loosely organised hybrid gang". The search for a less conspicuous method of avoiding facial recognition continues.

(Image Credit: Juggalo March by SullyDC under CC BY 2.0)