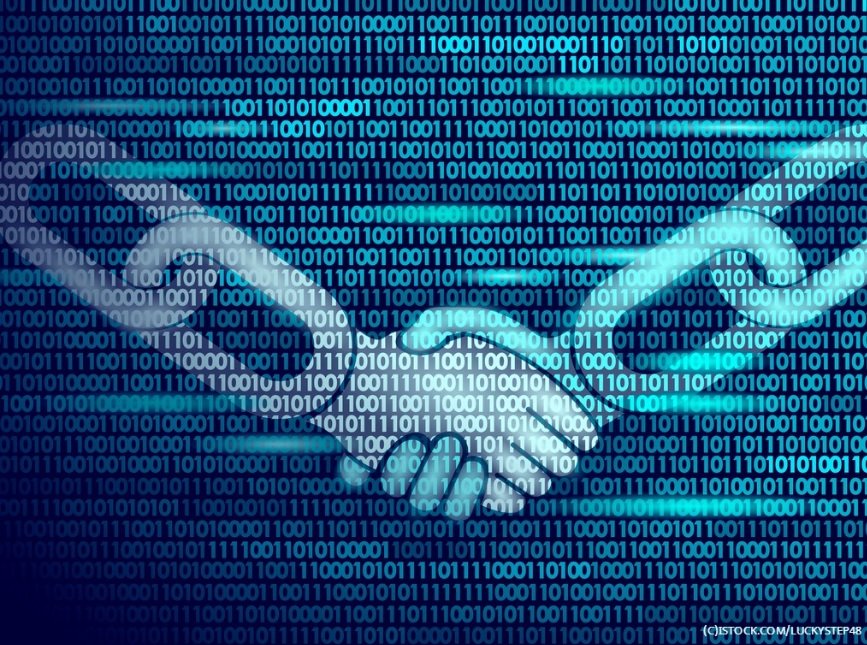 By James Bourne | 26th February 2019 | TechForge Media http://www.cloudcomputing-news.net/
Categories: Enterprise, Industrial IoT (IIoT),
James is editor in chief of TechForge Media, with a passion for how technologies influence business and several Mobile World Congress events under his belt. James has interviewed a variety of leading figures in his career, from former Mafia boss Michael Franzese, to Steve Wozniak, and Jean Michel Jarre. James can be found tweeting at @James_T_Bourne.

MWC19 Blockchain technologies are set to have a key impact on the supply chain – but there is still a long way to go before we see the leap which the promise has predicted.

That was the primary message from an intriguing session at MWC Barcelona today which focused on Industry 4.0 and how blockchain will influence logistics.

Marcus Fromm, MD, travel and transport lead at Accenture, topped and tailed his presentation with a stark contrast on how the supply chain of the future will look. His opening slide was a mass of entanglement with arrows pointing in multiple directions, while the closer was a comparative oasis of calm. For ocean shipping or air freight shipping, Fromm countered, each shipment has documentation which equates to up to 20 pages of paper for each individual container. “You can imagine this is almost unbelievable in the time of everything online, everything connected and everything real-time,” he said.

Another issue is the industry’s continued usage of electronic data interchange (EDI), a ‘technology of the 60s’, as Fromm put it. “You can understand all the exchange and information needed in this process is cumbersome, it’s complex, and very often it’s not consistent,” he added.

Blockchain is key, Accenture believes, because it can cater for security, immutability and encryption, as well as enable distribution of real-time information. Yet it has a problem – everyone is still stuck at the pilot stage.

Brett May, VP and COO of McKinsey’s IoT arm, who moderated the session, offered a carrot for those who wished to progress. Citing McKinsey research, May said 58% of companies polled who had gone into production with their IoT initiatives had seen at least a 5% increase in revenue. Just under half (46%) added they’d seen a 5% or better decrease in cost. For industries such as construction, research has shown a between 2% and 10% saving through efficiencies in the supply chain – serious money on big projects, May added.

Vinita Rathi, CEO of software provider Systango, questioned whether there were any blockchain-related industrial projects which had made it past the pilot, but noted the potential. “One of the biggest challenges [in the supply chain] is how you can identify the source of a specific item,” she said. “I personally view that blockchain potentially can help answer that question to some extent – but blockchain is not a miracle. Some people expect that if you use blockchain it’s going to solve every problem out there.”

Fromm outlined a project Accenture was undertaking, alongside AB InBev, Kuehne + Nagel, and European authorities. Yes, he admitted to May, it was still a pilot, but it was to test whether a distributed ledger was viable ‘for easing the pains associated with this hugely complex exchange of information in parallel to the physical goods flow.’ While the concept worked, Fromm added, it needed the whole industry to change with it in order to work.

“It’s pretty easy to understand how you would use a distributed ledger to basically feed the data in from the shipper and then successively with every party in the supply chain,” he said. “But the key here is that the technology does not actually solve the problem – every one of the arrows is a process that needs to be changed too.”

“At the end of the day, it’s a database,” said Rathi. “It has some features on top of it, but [looking at blockchain] as a technologist, it is a distributed database with certain characteristics that can play a fundamental role in solving some real business problems.”

“Getting past the pilot stage – everybody who wants to participate needs to do something about their old, paper, EDI-oriented processes,” added Fromm. “It’s a challenge for the industry and a big wheel to turn moving forward.”