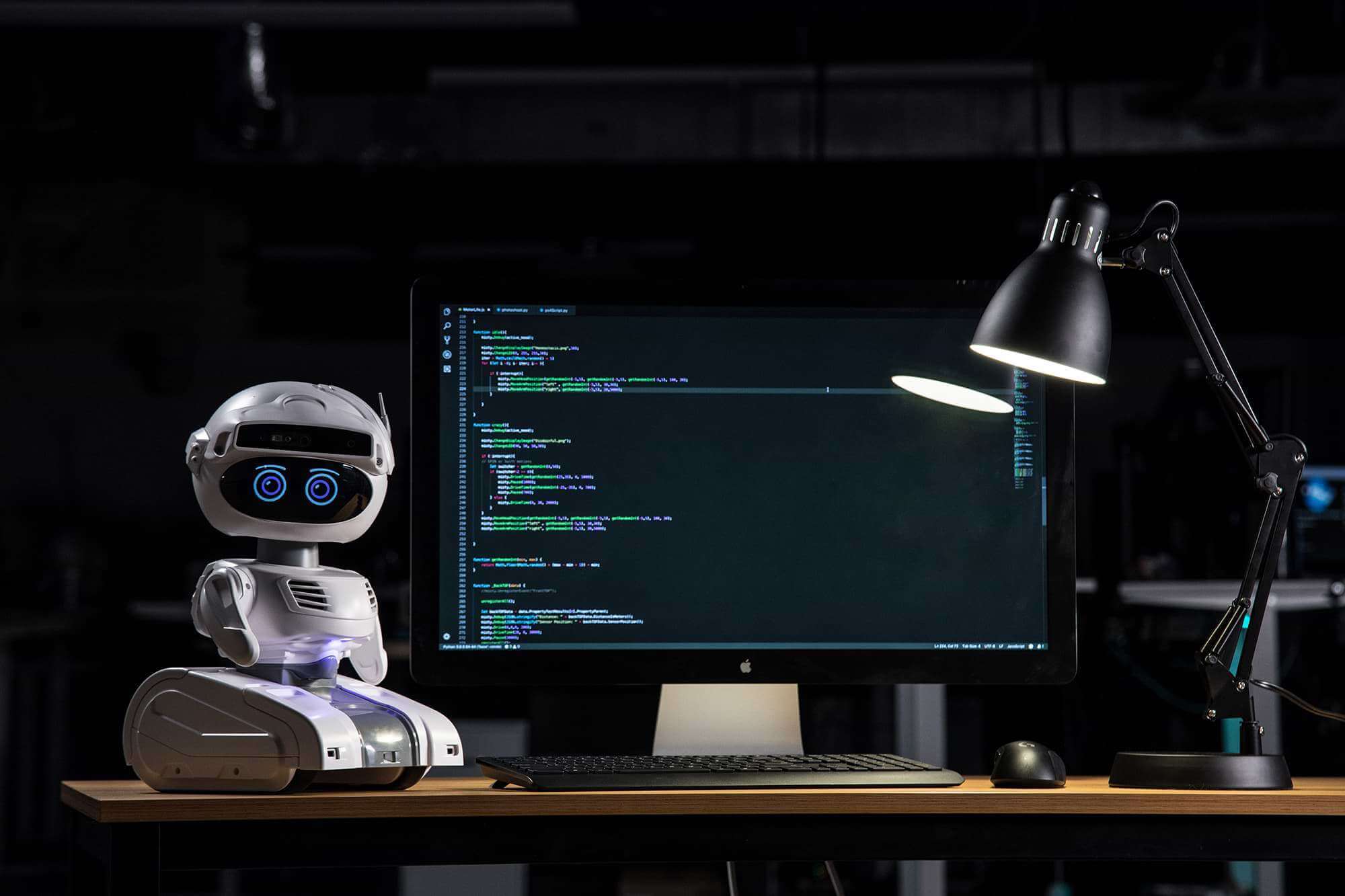 By Ryan Daws | 14th August 2019 | TechForge Media
Categories: AI, IoT,
Ryan is a senior editor at TechForge Media with over a decade of experience covering the latest technology and interviewing leading industry figures. He can often be sighted at tech conferences with a strong coffee in one hand and a laptop in the other. If it's geeky, he’s probably into it. Find him on Twitter: @Gadget_Ry

IoT News caught up with Ian Bernstein, founder of Misty Robotics, during this year’s Twilio Signal in San Francisco to discuss the robotics industry and the upcoming Misty II robot.

Bernstein has been building robots since the age of 12 and continues his passion today. Many will know him from co-founding Sphero, but Misty could be about to become as iconic as the BB-8 Sphero that ended up on Christmas wishlists of all ages.

Misty Robotics was founded around the same time as work started on BB-8, Bernstein tells me. Bernstein and Sphero co-founder Adam Wilson decided they wanted to start working on robots truly reminiscent of Star Wars’ BB-8 or R2-D2 that can start doing useful things around the home.

The new Misty edges closer to that vision. While the original was all laser-cut in Misty Robotics’ office in Colorado, Misty II is built using injection-moulded plastics with new capabilities thanks to additions such as far-field microphones.

Bernstein and his team are delivering vastly improved development tools and documentation alongside the Misty II. The tools are simple enough to get started with things like changing Misty’s LED lights or basic navigation, but far more complex ‘robot skills’ can be programmed either on-board using JavaScript or using a REST API for code running externally.

Bernstein comments: “We have the ability to load models into Misty herself so she can do a lot of that on-board, or she connects to your WiFi network and you can use her RESTful APIs to send, say, an image up to Microsoft Cognitive Services or Twilio and run your processing there.”

“Your application could be fun – like playing with your pets while you’re at work – or it could be serious, like monitoring something in a warehouse.”

In one demo at the Microsoft booth on the floor at Signal, a whiteboard was set-up which people can write some text on. Misty will then take a picture, send it to Azure – where image processing is conducted – and then it will be spoken back using text-to-speech. Fortunately, attendees were all fairly mature.

Bernstein’s favourite robot skill, so far, is one an in-house developer wrote where Misty’s eyes will be turned into a Minion from the animated film Despicable Me and will make sounds while chasing a red ball that it thinks is a tomato.

However, it’s not all fun and games. Bernstein tells me another skill has been developed by a team working with children with learning difficulties. Misty was used to help the kids communicate as research has shown they often feel more comfortable speaking to a robot than another person. While it’s still early days, it’s an example of how robots can have a truly meaningful impact.

Misty is a character in Twilio’s 10-bit game Twilio Quest 3 named Cedric. The game teaches players how to develop using Twilio’s APIs and even skills for Misty.

Bernstein gave me a couple of demos where Misty makes use of Twilio’s communication APIs. In the first, Misty can be controlled by texting – in natural language, not scripted commands – things such as “move forward 20cm,” or “get angry”. In the second demo, Misty takes a picture and sends it back to the user.

Both of these demos can be viewed below in our full video interview:

Gartner, in its most recent hype cycle from 2018, has robots moving into the ‘peak of inflated expectations’. We wanted to get Bernstein’s thoughts on whether he agrees with Gartner’s perspective:

“[It’s about] democratising robots so we can get help from the whole community, just like the computer industry did. Computers didn’t really do anything back in the day,” says Bernstein.

“But I think we are at that tipping point of these robots being useful, and that’s the important thing; they have to be able to do useful things for us, not just novel things.”