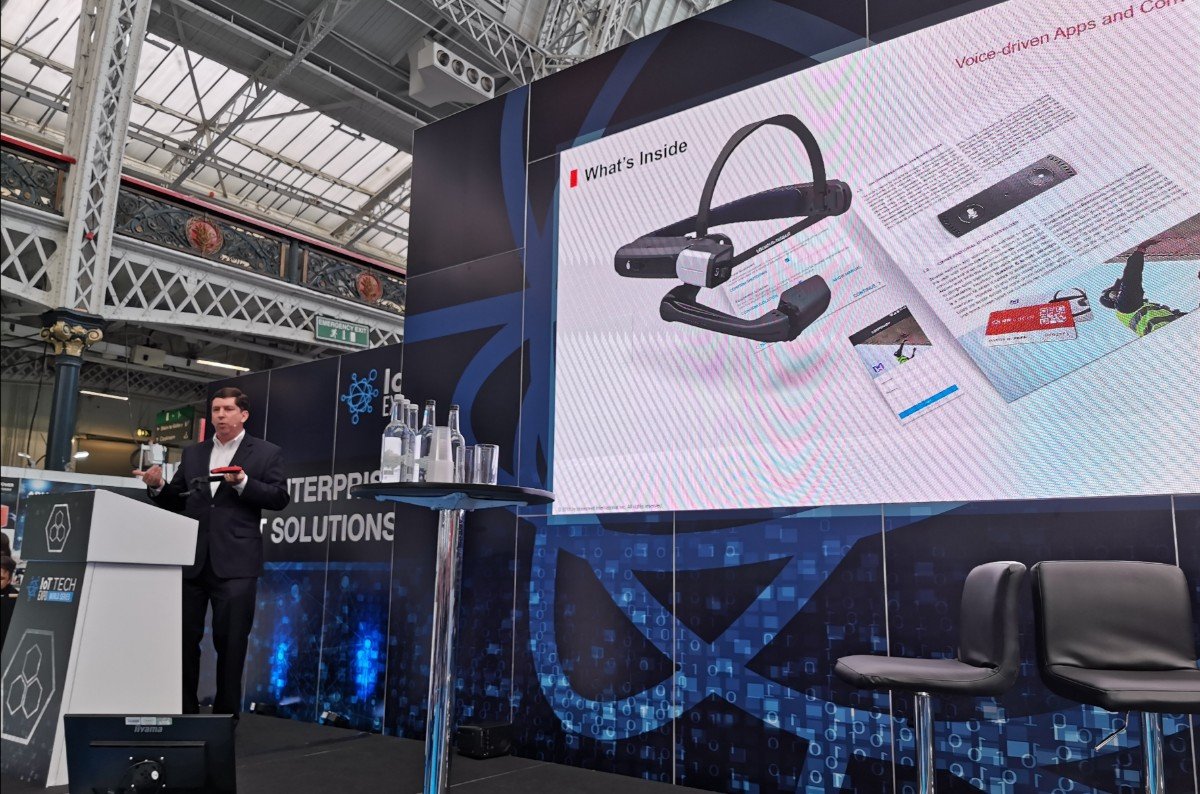 By Ryan Daws | 26th April 2019 | TechForge Media
Categories: Consumer IoT & Wearables, Enterprise, Industrial IoT (IIoT), IoT,
Ryan is a senior editor at TechForge Media with over a decade of experience covering the latest technology and interviewing leading industry figures. He can often be sighted at tech conferences with a strong coffee in one hand and a laptop in the other. If it's geeky, he’s probably into it. Find him on Twitter: @Gadget_Ry

Honeywell Connected Plant GM Vincent Higgins used a session at this year’s IoT Tech Expo in London to discuss how the IoT is elevating the workforce.

The session, titled ‘People at the core of the Internet of Things’, provided a first-hand account of how modern technologies are improving the lives and efficiency of workers.

Regular training is required to retain information and learn new advancements. Few people enjoy it, especially when it requires travelling to centres or reading out of a book.

‘Active learning’ is required to replace passive learning methods and prevent information from being forgotten and competency affected.

“What we’re doing today – classroom learning, videos – it doesn’t stay with us, 20-30 percent will stay with us longer term but most of it will disappear from our minds,” notes Higgins. “If you’re in a classroom and you don’t use that knowledge for six months, you’ve probably lost most of it.”

VR is advancing how training is conducted. Simulations can provide realistic scenarios in a more engaging way for the worker, including what could go wrong in a safe manner. Training can also be performed regularly wherever a headset is available.

“Things like on-the-job training which is touch-and-feel, that knowledge is codified in your mind,” claims Higgins. “Virtual reality is very similar in that you’re working in a digital environment and that tends to stick much longer with you.”

Many workers today are leaving after two years which means there’s a pressing need to ensure that expertise is retained within the company and easily accessible. “What if there are things on the plant you only see every four or five years and people have only been on the job for two or three?” asks Higgins.

"Together with Honeywell's software and services we enable digital transformation that drives higher productivity and safety for people working in hazardous locations and across the industrial sector." 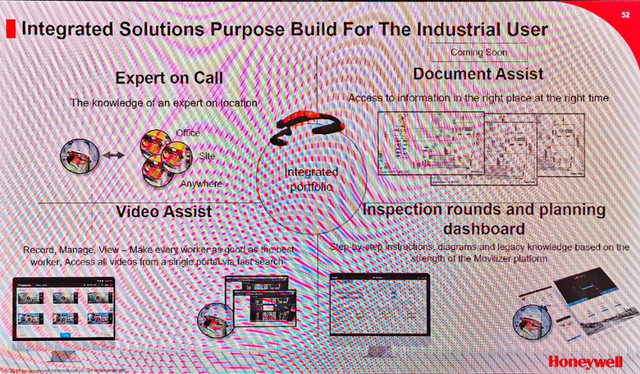 One slide highlighted the goal is to ‘Make every worker as good as the best worker’.

In summer, Honeywell is set to debut its ‘Document Assist’ solution which ensures that documentation is always on-hand to help the worker solve problems. “Today, you take out a large paper-based architectural sketch – put two bricks down – and you look for the issue at hand,” says Higgins.

“In the rain, most people are not going to do that. But, if you have instant voice-based access – while doing your work – chances are you’re going to work much harder and safer.”

Where difficulties persist, the best available expert can be connected to for assistance. This expert is able to see the worker’s hands in VR, control the video feed, take screenshots, and even create assistive drawings in real-time.

Honeywell enables worker competency to be measured and rectified where it starts to fall behind. Aside from the productivity benefits, it helps to ensure the safety of the worker and those around them while also giving confidence in their own abilities.

“I get to measure gaps in competency and, soon as that gap gets large enough, it’s addressed immediately on-site by putting on a headset and delivering virtual reality training to get back up-to-speed and into the field,” explains Higgins. 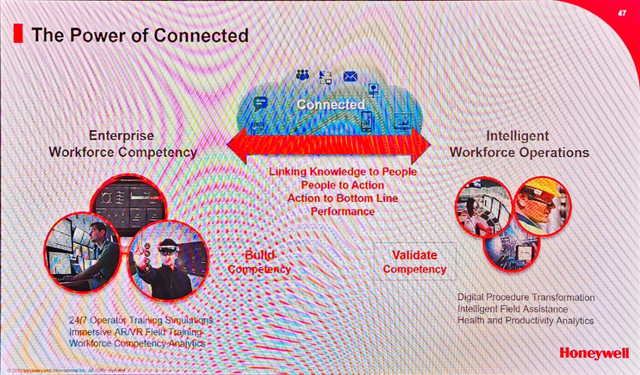 Higgins goes on to note how some inspections are still conducted with pen and paper, while 40 percent of mechanical failures can be avoided with better practices. Only when something goes wrong the piece of paper is pulled back out to try and determine who to blame.

In addition to being ineffective, this archaic use of pen and paper is demotivating as much of the younger generation are eager to use new technologies.

“Imagine if I have my masters degree in process or chemical engineering, I’m very excited about new technology and I can even do some development or augmented reality,” says Higgins. “I go into the field, I put my tablet and my smartphone in my car, and I go into the workplace and they give me a pencil and a clipboard and ask me to be productive.”

Other technologies, meanwhile, can get help to people more quickly where injuries have occurred.

“If someone falls over and there’s a jolt from that mobile device – and that person hasn’t moved for two minutes – either they’ve put down their device or they’re in trouble,” says Higgins. ”Using geolocation we can find out where they are and send the closest person to check they’re ok.”

To further improve workforce safety, technologies such as geofencing can be used to ensure workers are only in places they’re qualified to be and have the right equipment for to protect against things such as gas vapours.

“I do not believe we’ll ever find a day where the person is not at the centre of decision-making,” comments Higgins. “We cannot forget about the digital worker.”