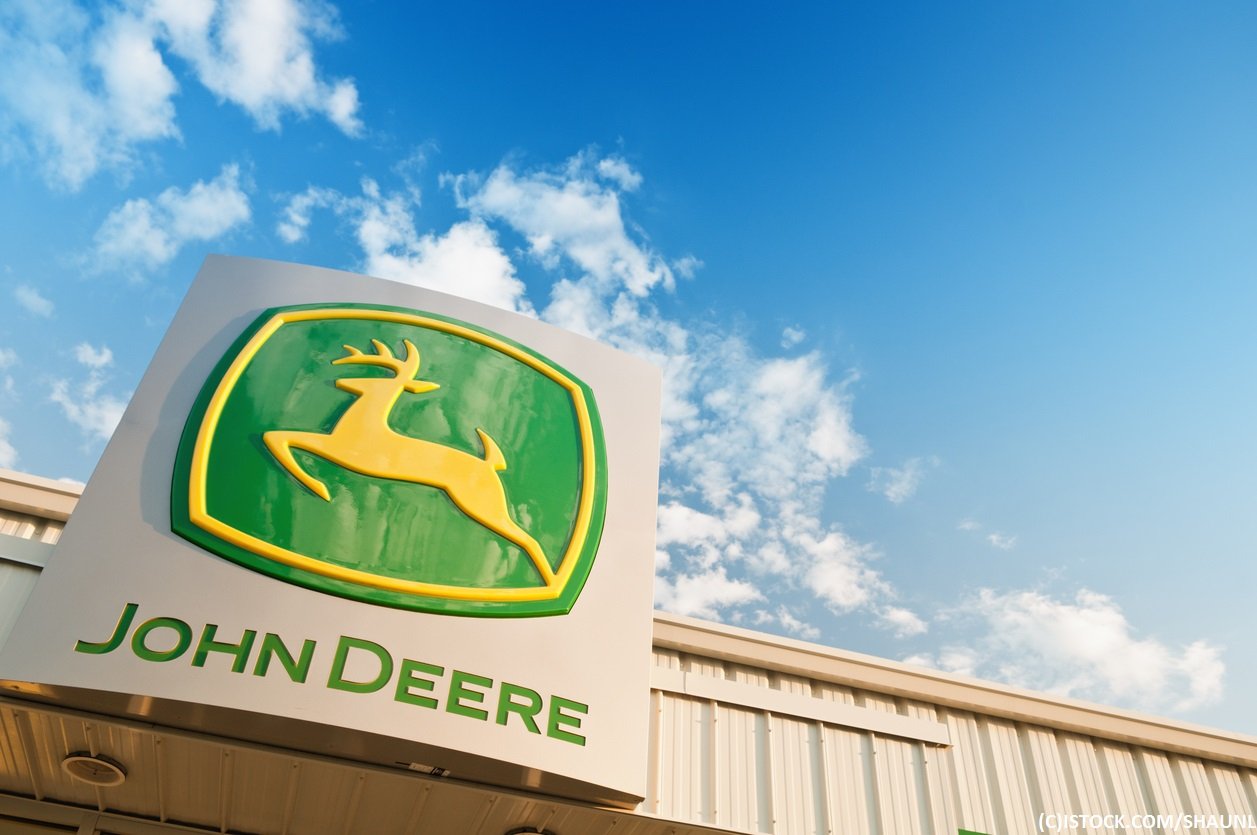 By James Bourne | 22nd March 2018 | TechForge Media https://www.cloudcomputing-news.net/
Categories: AI, Enterprise, IoT, Manufacturing & Supply Chain,
James has a passion for how technologies influence business and has several Mobile World Congress events under his belt. James has interviewed a variety of leading figures in his career, from former Mafia boss Michael Franzese, to Steve Wozniak, and Jean Michel Jarre. James can be found tweeting at @James_T_Bourne.

Plenty of companies are talking about artificial intelligence and machine learning today in vague, disconnected terms. It will certainly influence our strategy; not sure how, but everything’s coming up AI, right?

As a pleasant antidote to all that bluff and bluster, how about this from John Stone, senior vice president of the Intelligent Solutions Group at agricultural manufacturing giant John Deere? “AI and machine learning is going to be as core to John Deere as an engine and transmission is.”

Make no mistake about it, these are certainly exciting times for the 180-year-old Deere & Company. The company has in the past several months acquired Blue River Technology, a machine learning-centric startup, as well as opened up a lab in the heart of Silicon Valley.

Yet this is just the way things have been done for some time at the company – it’s just the technology has changed with it.

Than Hartsock, director of precision agriculture solutions at John Deere, has been involved with the company for much longer than his almost 17-year tenure, having grown up on a commercial grain farm in Ohio. In the late 1990s, his education – Hartsock has degrees in soil and crop science – involved working on projects around soil sensing technologies. Deere acquired NavCom Technology, a provider of global navigation satellite system (GNSS) technology, at around the same time. “It was clear, even when I was in high school, that John Deere was uniquely committed to precision agriculture,” says Hartsock.

It was the Internet of Things long before anyone came up with a proper name for it. Yet this initial investment translates to a serious advantage for the company today. “Those early investments have allowed us to, I would say, position the integration of those components into our equipment into our machines, across machines, and into our dealerships,” explains Hartsock. “It went from ‘okay, this is something Deere is doing [and] it may not be completely clear why we’re doing it’, [and] now it’s at the forefront of our company. It’s how we think about our value proposition to the industry, to farmers, crop producers, and customers.”

No stone is left unturned, no crop is left unfurled – and this is where Blue River comes in. The company provides what it calls ‘see and spray’ technology, which utilises machine learning to process, in real-time, images of weeds and crops and tell the sprayer what and where to spray. It makes for a vast improvement on anything a human can do – but it remains important to keep human expertise.

“Farmers, and their advisors and contractors – these are individuals that bring decades and generations of knowledge about the practices, about the land that they farm,” says Hartsock. “The way we see it is the technology – even artificial intelligence and machine learning – provides them the tools to essentially extend and scale their knowledge.

“Imagine the smart spraying scenario… you could imagine an agronomist, a farmer needing to come into that field ahead of time,” Hartsock adds. “What’s the state of the crop? How much input do I want to invest in this crop at this stage? The machine is going to be able to discern between weeds and crops, but I need to decide economically, agronomically, how much I want to invest.”

Hartsock will be speaking at IoT Tech Expo Global in London on April 18-19, discussing how agriculture has become a prime example of optimising on connected technologies. Inside the industry technological advancement has never been clearer – but what about outside it?

Take self-driving cars as an example. You can’t move for hype and headlines around them, but what can they actually do today? Compared to a smart tractor, one can argue it’s mostly child’s play – and Hartsock wants to make clear how smarter machines and the IoT have ‘infiltrated’ agriculture.

“When you look at a planter and a tractor, in many cases, nearly all cases, that planter or that seeder will have a sensor on every row that’s measuring every seed and every row that’s dropped into the soil,” says Hartsock. “It will have a sensor that measures the motion of the planter row unit to make sure the row unit is keeping in close contact with the soil, and if it’s not maintaining contact, the sensor informs an actuator to apply more pressure to the row unit.

“That’s just the planter,” he adds. “The tractor is equipped with many sensors around the engine and transmission, and then that tractor, like most of our large ag machines, is equipped with a 4G modem that then provides connectivity between those sensors and data that’s being acquired, and then connected to the cloud.

“Once the data gets to the cloud we give the user, the farmer, the contractor, the authority over the data to dictate control and share with other partners and other companies,” Hartsock says. “You really then have this ecosystem that evolves, develops, for usage of the data… all generated out of the work that’s being done in the field by that smart machine.”

Than Hartsock will be speaking at IoT Tech Expo Global, in London. Find out more about the event here.

Doug Sauder, Director of Applied Intelligence at John Deere will be speaking at the next event.