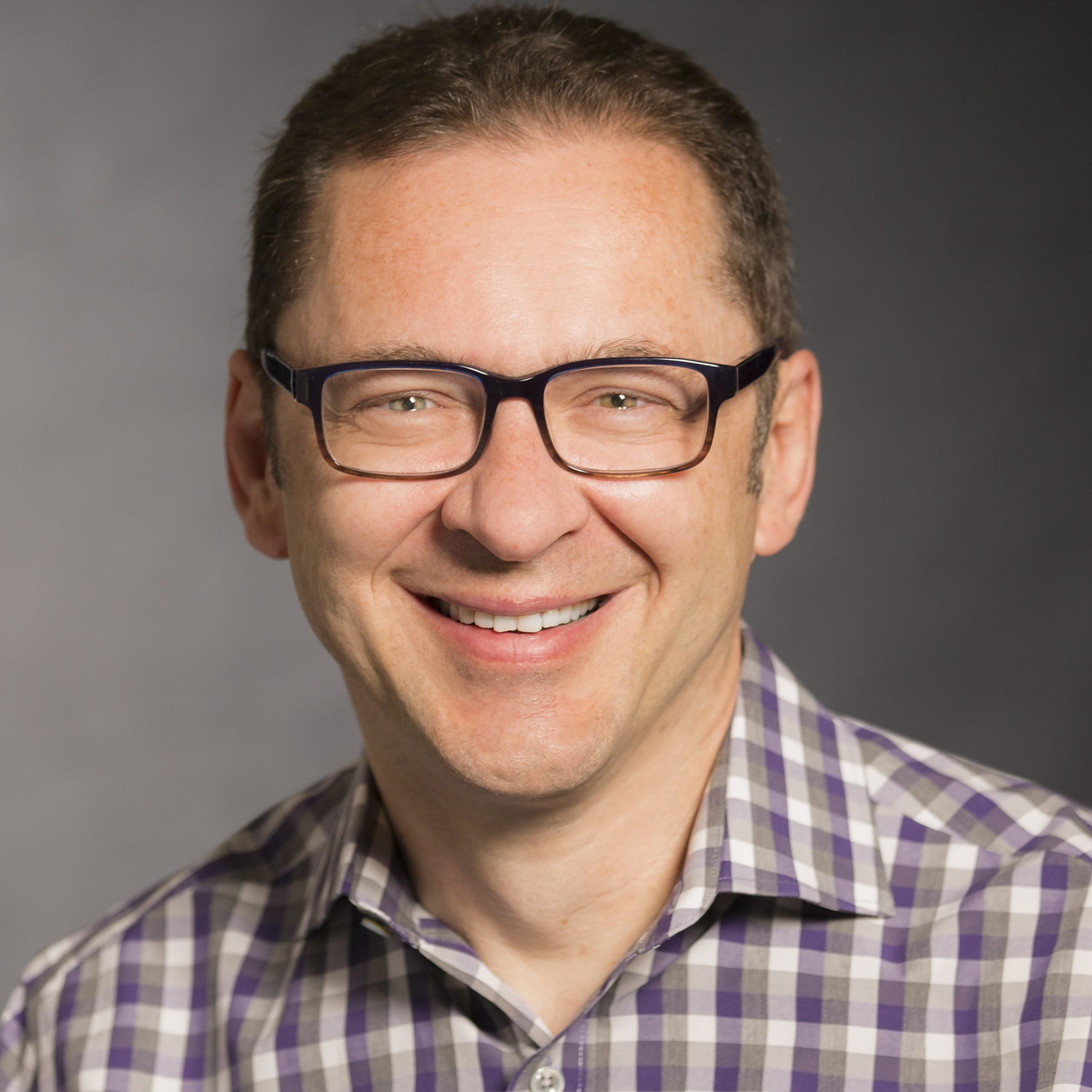 By James Bourne | 6th April 2018 | TechForge Media http://www.cloudcomputing-news.net/
Categories: Enterprise, Fog Computing, Industrial IoT (IIoT), IoT, Security,
James is editor in chief of TechForge Media, with a passion for how technologies influence business and several Mobile World Congress events under his belt. James has interviewed a variety of leading figures in his career, from former Mafia boss Michael Franzese, to Steve Wozniak, and Jean Michel Jarre. James can be found tweeting at @James_T_Bourne.

At the end of 2016, when Maciej Kranz, vice president at Cisco, released Building the Internet of Things, a personal ambition had been achieved. Not so much to become a bestselling author – although the book made it onto the New York Times list – but to impart more than a decade’s worth of experience and help organisations get going on their IoT journey.

Speaking to Kranz at the time – when he was interviewed as the cover star of the debut IoT News magazine (left) – he explained how the book was aimed at companies who have heard about IoT, giving them a guide to not only get started, but prepare for a 10-year journey of transformation.

There was just one small problem: despite the book being laid out in three distinct sections, packed full of advice and helpful hints and case studies from a variety of industries, organisations needed that extra push. 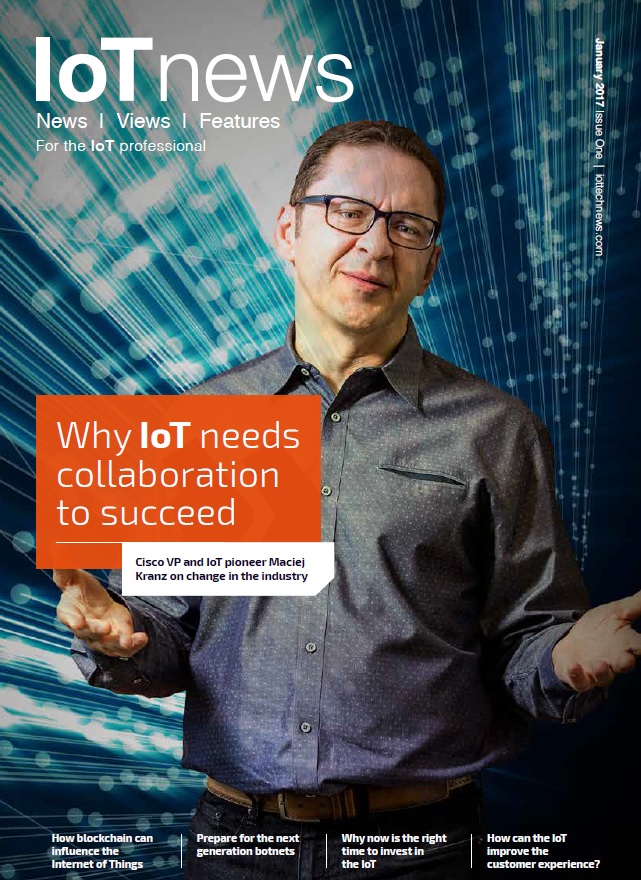 As a result, a complementary workbook, aimed as a practical, step-by-step guide with a checklist of considerations before, during, and after an IoT project launch, has been published. Kranz admits he thought the original book would have been sufficient, but appreciates the balancing act needed to help a multitude of stakeholders and industry verticals. “My underlying goal for a number of years was – how do you make IoT real?”, Kranz tells IoT News. “We can get every organisation, large or small, in every industry, started on the journey, and I think the workbook will help give structure and clarity, and a logical sequencing of how to do this, for our customers and partners.”

Even with a lot of technical experience in your camp – be it a plant manager, IT, or operational technology – getting the green light and executing can still be a challenge due to three letters: ROI. If you think the return on investment is slim, the chances of the project gaining further traction could be even slimmer.

This is where one of the workbook’s key innovations comes in. Whether it’s a small initiative, such as applying analytics to one retail product, or overhauling an entire store with smart shelves, predictive analytics for the supply chain and more, an ROI calculator both before and after the project is provided.

“I would assume that when you do your first IoT project you won’t have a good sense of ROI yet,” says Kranz. “It’s more of a directional indication of what you think you can expect. Your first project you will do in some way on faith, but then once you’ve done it, you can do a very rigorous ROI.”

The workbook is a labour of love in getting the balance right between being ‘comprehensive and overbearing’, as Kranz puts it. Take the ROI tool as an example; Kranz hosts an IoT ROI calculator on his personal website, which when it launched was arguably too comprehensive in the eyes of customers whilst not being informative enough in the eyes of ROI practitioners.

The book goes through the areas required – defining business use case, technology readiness, benchmarking and so on – without being overly industry specific. “The trick here was how to make this workbook applicable to all of these industries and all of these scenarios, and at the same time, how you find the middle ground here,” explains Kranz.

Another point to consider is that the industry has moved on since the book was published. While Kranz was at pains not to delve too deep on the technology side for that exact reason, the ecosystem continues to move at pace – with security at the sharp end. “Security is finally top of mind and the vendor community is investing appropriately and working together,” explains Kranz.

“In the last two years we have had a bunch of IoT-based denial of service attacks and ransomware. The silver lining behind these things is that they sort of served as a wake-up call for the industry,” Kranz adds. “From the vendor community perspective, most of the tech and security vendors – my employer being an exception – and the investment in the vendor community, IoT security was under-invested. Now, I would say over the last year, year and a half, everybody has started investing heavily.”

The hits still keep on coming though. Take the Mirai botnet, so frequently a scourge; according to Recorded Future attacks occurred on the financial sector earlier this year through it. But the good news is that industry is waking up. “If you went to the Hanover [Messe] fair say five or six years ago, the prevailing approach with the industrial world was ‘I am not connected, my plant is not connected, thus I am secure’ – security by obscurity,” says Kranz. “Big denial. But forward, I see a lot of shift into ‘oh boy, we were just in denial’, because vendors and contractors were running VPNs into these plants.”

On the technology side, Kranz sees the continued emergence of fog computing, blockchain – “as overhyped as IoT was five years ago, but it is game changing” – and machine learning as key to an IoT-enabled future. “Two years ago, I would talk about how you need to connect your things and good things will happen, because I didn’t want to overwhelm people,” he says.

“But now I think as the customers are doing that, we can say the point of these devices generating data is not just because you want to generate data. The whole point is that you need to put the combination of all these technologies to not only improve your operations but also to really transform your business.

“We are increasingly moving from a conversation of IoT and related technologies as a tool, to improving your performance, make your existing processes run better and smoother – but it’s more about transformation,” adds Kranz. “How do you create new value propositions? How do you create new markets? How do you differentiate yourselves, implement new business models?

“It’s really exciting for me, because that’s now in some ways hype meeting the reality.”

You can find out more and purchase Building the Internet of Things: A Project Workbook here.

Editor’s note: Maciej Kranz is speaking at IoT Tech Expo Global in London on April 18. Find out more about his session here and the overall event by visiting here.