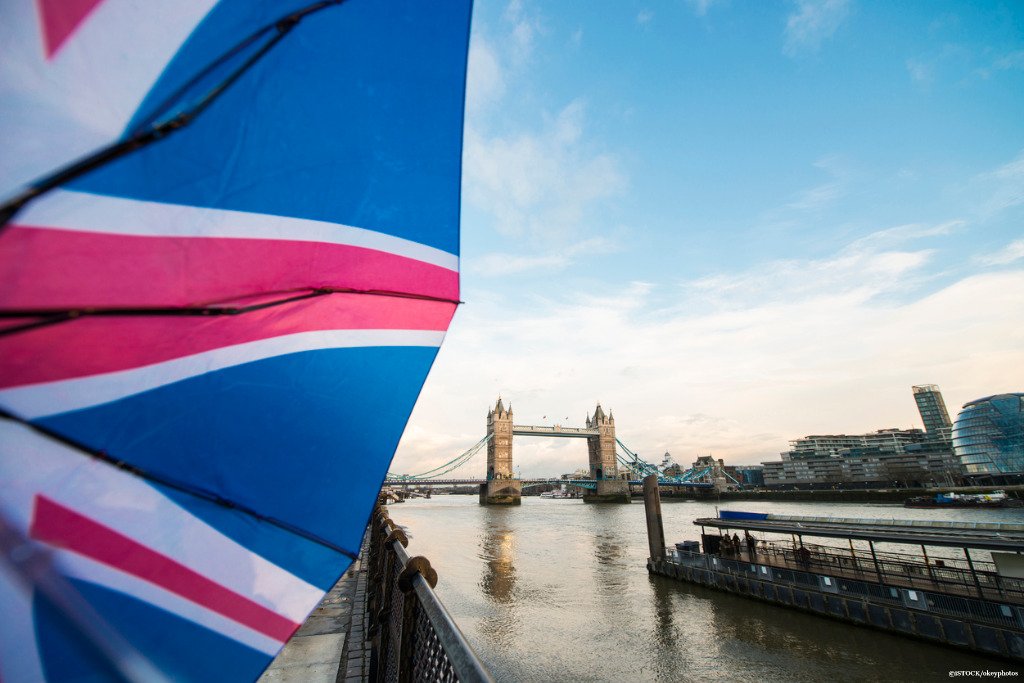 By Ryan Daws | 12th December 2017 | TechForge Media
Categories: AI, IoT,
Ryan is a senior editor at TechForge Media with over a decade of experience covering the latest technology and interviewing leading industry figures. He can often be sighted at tech conferences with a strong coffee in one hand and a laptop in the other. If it's geeky, he’s probably into it. Find him on Twitter (@Gadget_Ry) or Mastodon (@gadgetry@techhub.social)

The UK has placed top of an index ranking the readiness of international governments for artificial intelligence.

“The UK is first in our rankings, reflecting its world-leading centres for AI research and strong technology industry,” say the researchers. “Although the UK has great starting conditions for AI development, it faces stiff competition from other countries seeking to be top of the global rankings.”

Oxford Insights are not alone in their warnings of the need for continued government support to reduce the risk of competitors overtaking. Just earlier this month, I reported on our sister publication IoT News of Microsoft’s belief “the UK can lead in AI, but the ‘window of opportunity’ is closing.”

In particular, Oxford Insights believe China, the US, Russia, and Canada are of particular threat — due to their ambitions to be world leaders in AI. The US is noted to do well due to tech clusters such as Silicon Valley, but a ‘stronger focus’ is required in areas such as digital skills training and data infrastructure. 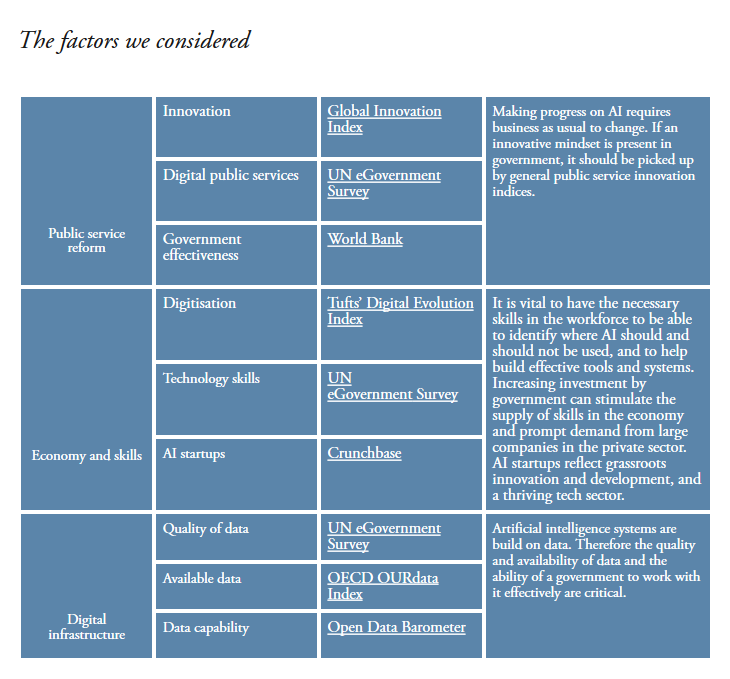 The race towards AI superiority among the global superpowers has been likened to the nuclear arms race. This race is stoking fears that ethics may become a second thought and lead to dangerous scenarios; especially where AI is used for military purposes. On AI News, I recently highlighted the creation of a ‘Robot Ethics Charter’ designed to “regulate the relationship between humans and robots.”

Oxford Insights notes there is no clear geographical clustering in terms of AI readiness with leaders in the top five distributed around the globe. This indicates the expertise and conditions needed to capitalise on AI’s potential are not area-specific and even small governments may climb up the rankings with the right support.

Estonia’s e-government drive, for example, has “helped it to perform well on grass-roots indicators of innovation such as digital skills and AI startups.” The UK, meanwhile, recently announced £75 million will be set aside to boost AI development.

The top eight ranking countries in the ‘Government AI Readiness Index’ are:

You can find the full rankings here.

What are your thoughts on the AI readiness index? Let us know in the comments.