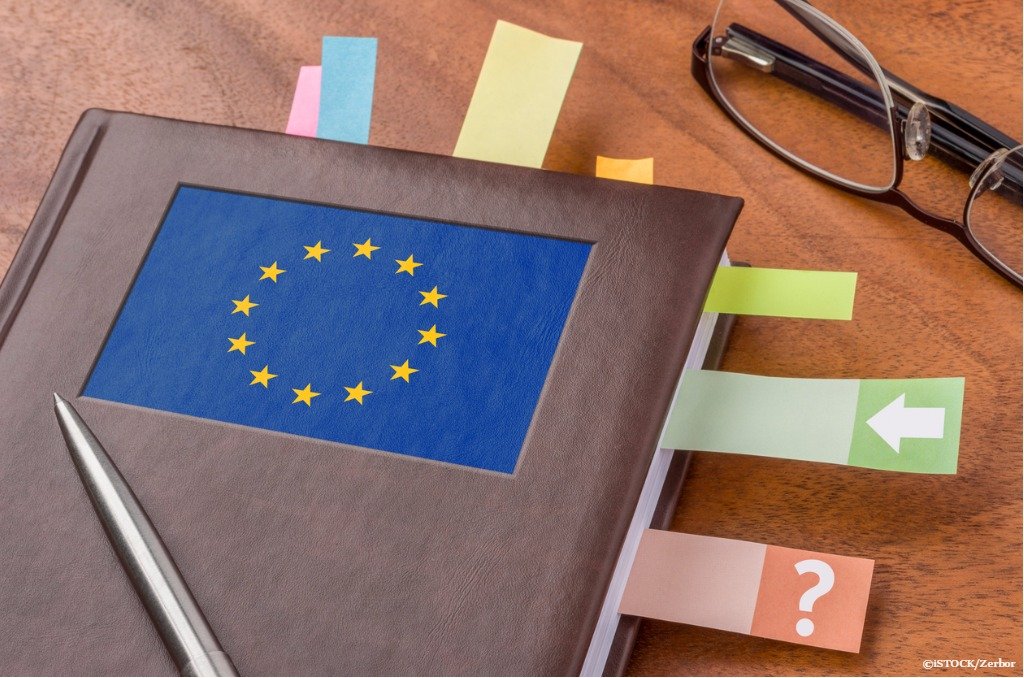 By Ryan Daws | 18th August 2017 | TechForge Media
Categories: AI, IoT,
Ryan is a senior editor at TechForge Media with over a decade of experience covering the latest technology and interviewing leading industry figures. He can often be sighted at tech conferences with a strong coffee in one hand and a laptop in the other. If it's geeky, he’s probably into it. Find him on Twitter: @Gadget_Ry

European AI startups run the risk of being left behind due to strict EU regulations such as GDPR and misguided copyright reform.

IoT News spoke to Peter Wright, solicitor and managing director of Digital Law UK, about the regulatory climate and why it puts European startups at a global disadvantage.

Regulations are important, but they must not stifle innovation and creativity. The EU has made a name for itself with regulations which run from sensible to absurd. Here in the UK, it’s been a topic of much debate over the past year following the decision to leave the bloc.

The ability to 'cut red-tape' has been met with both excitement and concern, and for good reason. Many regulations work to protect things like our health, privacy, and living standards. Some of these regulations are worth restricting the economy for, while others could be loosened or scrapped for economic benefits.

‘Simply out of touch’

Few debate the need for data protection and copyright reform, but many of the EU’s proposals for it are simply out-of-touch.

“Regrettably, it fundamentally fails to protect entrepreneurs, people who are inspiring to create and build new businesses, and it doesn’t provide the necessary time they will need to come up with creative, original ideas, and do something with it,” says Wright.

“It is particularly harming when it comes to the creative and digital sectors where you’ve got some great work taking place on artificial intelligence, but it’s going to take longer than a couple of years for that to be realised.”

Back in May, a handful of MEPs hosted the ‘Digital Single Market – Rocket fuel for EU Startups?’ event. The intention was for European startups to voice how the copyright reforms would impact them.

Julia Reda, an MEP and organiser of the event, said: “When we’re trying to regulate the likes of Google, how do we ensure that we’re not also setting in stone that any European competitor that might be growing at the moment would never emerge in the first place?”

Startups often fail. The failure rate is less than the 'common wisdom' of nine-in-ten – more around 72 percent – but they’re still fighting against the odds. Regulation must not further work against startups and instead support them against established players.

“For many organisations, they’re taking their first steps in this technology; so there’s no proven way of doing things,” explains Wright. “There are many pioneers, and it’s unfair to be pressuring them to rush things to market before they’re tested and ready.”

In Gartner’s latest hype cycle, AI is expected to be the most disruptive technology in the coming years.

“AI technologies will be the most disruptive class of technologies over the next 10 years due to radical computational power, near-endless amounts of data and unprecedented advances in deep neural networks,” says Mike J. Walker, research director at Gartner.

Under the EU’s GDPR proposal, European AI startups would be prevented from competing on the level of their global counterparts. This will subsequently prevent attracting much-needed investment and reduce prospects for Europeans.

When asked whether similar regulation is in place elsewhere in the world, I’m told these proposals are stricter than anywhere else.

“You’ve got your Silicon Valley startup that can access large amounts of money from investors, access specialist knowledge in the field, and will not be fighting with one arm tied behind its back like a competitor in Europe,” comments Wright.

“Very often we hear ‘Where are the British and European Googles and Facebooks?’ Well, it’s because of barriers like this which stop organisations like that being possible to grow and develop.”

The issue stems from restrictions around data collection, something which is vital for AI and big data companies. Several committees in the European Parliament propose startups can only mine text and data within the first three years of their operations.

Companies such as Google have collected masses of data which puts startups in a position where it's not just exceptionally difficult but near impossible to compete.

“This is no rocket fuel [for startups] at all, this is exactly the opposite,” said Martin Senftleben, Professor of Intellectual Property at VU University Amsterdam, during the aforementioned Digital Single Market event.

Even for companies such as Google, some of the proposed reforms have come under fire. For example, the Open Rights Group accused the Commission of ignoring EU citizens’ responses to an earlier consultation on the reform and trying to bring in regressive rules that will force private companies to police the Internet.

“The Commission’s proposals would fail to harmonise copyright law and create a fair system for Internet users, creators and rights holders. Instead, we could see new regressive rights that compel private companies to police the Internet on behalf of rights holders,” said Jim Killock, executive director of the Open Rights Group

Rather than leaving it up to users and copyright holders to report and/or issue takedown notices for, the Commission wants companies to check and take responsibility for all content uploaded to their platforms.

“This would effectively turn the internet into a place where everything uploaded to the web must be cleared by lawyers before it can find an audience,” said Caroline Atkinson, Google’s vice president of global policy.

Fortunately, there is still a chance the proposal may be changed. Over 80 MEPs from various parties have already signed a letter to the Commission voicing their concerns about the proposal.

Allied for Startups also sent a letter to MEPs on why it would significantly hurt the local industry, but the three-year exemption was still backed and has a realistic chance of being approved by the Legal Affairs Committee on October 10th.

Regardless of the outcome regarding the copyright reform, GDPR is set to come into force in May 2018 which Wright describes as being a 'double-barreled assault' on businesses.

Many business owners I’ve spoken to have voiced their concerns about compliance with GDPR and the hefty penalties for a failure to do so.

“When you think about that coming in across Europe next year, it is putting significant pressure on businesses,” comments Wright. “For example, if you’ve got more than 250 staff, you’re going to be under pressure to have a data protection officer in place."

“Arguably, if you’re dealing with large amounts of big data – so you could develop and build an AI – there’s an argument within the regulation that you will need a DPO (Data Protection Officer) in place anyway, and that person would have to be registered with the national regulator."

“You’d then have to demonstrate regulatory compliance with immense penalties if you happen to get this stuff wrong; in terms of a €20 million fine, or four percent of your global turnover. It’s measures like this which have a chilling effect on entrepreneurship, innovation, and creativity."

“If we want to stifle these things, the European Union are going the right way about it.”

While the UK is still a member of the EU, it will have to comply with the copyright reform. This may extend past the initial exit date in 2019 as it appears increasingly likely a 'transitional period' will be implemented.

In the past five years, some UK AI startups have been heralded as global leaders and have attracted vast investment. The country's leading universities, meanwhile, produce much sought-after talent.

Google’s £400 million acquisition of DeepMind, which was founded in Cambridge before moving to Google’s new London HQ, is a clear example of the interest from international giants.

“It [the copyright reform] could deter investors,” warns Wright. “Copyright could expire before the proof-of-concept is properly tested, developed, and ready-to-go.”

On the whole, Britain is currently the most popular destination in Europe for foreign direct investment. According to the OECD, investment shot up to £197 billion in 2016, compared with £33 billion in 2015. This is the highest level of inflow since 2005.

The government is also putting its weight behind AI. Innovate UK is pumping £16 million into AI and robotic technologies, while the Industrial Strategy Challenge Fund will provide financial support for UK businesses working on ‘cutting-edge’ technology.

Hopefully, the EU’s copyright reform proposals will not spook investors. Time will tell, but for the sake of many European startups, we hope the Commission comes to its senses.

Are you concerned EU regulations will stifle AI startups? Share your thoughts in the comments.